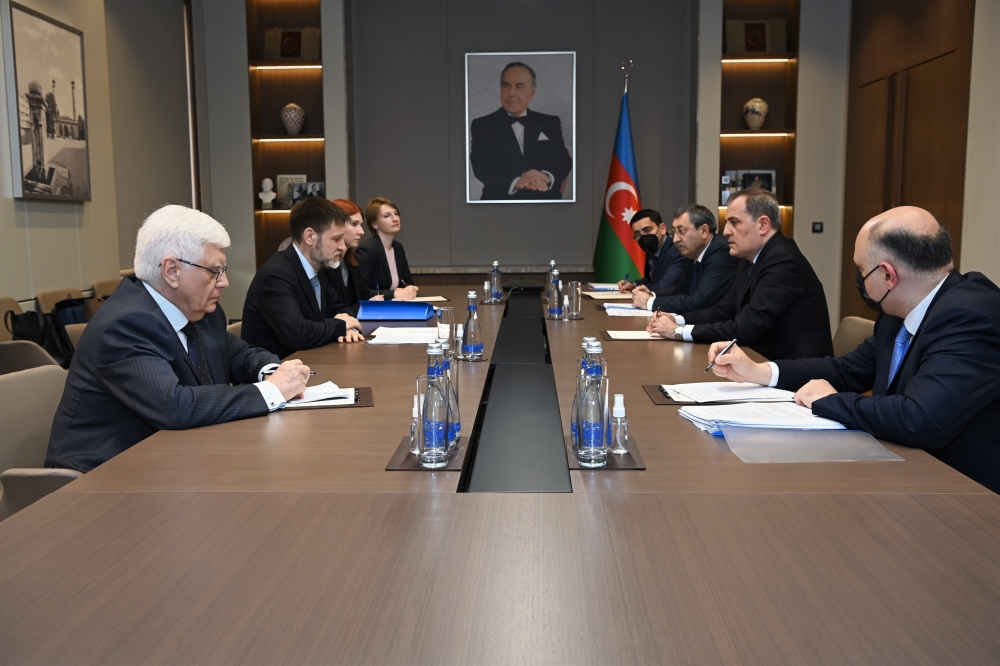 Within the framework of bilateral consultations between the Republic of Azerbaijan and the Russian Federation on Caspian issues, Minister of Foreign Affairs of Azerbaijan Jeyhun Bayramov has met with a delegation led by Mikhail Ivanovich Petrakov, Russian President’s Special Envoy on Delimitation and Demarcation of state borders of the Russian Federation with the neighboring states of the CIS, Ambassador-at-Large, the Head of the Russian delegation to the High-Level Working Group on the Caspian Sea.

Prior to the meeting, bilateral consultations were held between a delegation led by Russian President’s Special Envoy Mikhail Petrakov and a delegation led by Khalaf Khalafov, Special Envoy of the President of Azerbaijan for Border and Caspian Sea issues. During the consultations, the sides exchanged views on the implementation of the Convention on the Legal Status of the Caspian Sea, preparations for the next Caspian Summit, draft agreements on sectoral cooperation between the Caspian littoral states, which are currently under negotiation.

During the meeting with Minister Jeyhun Bayramov, the sides discussed issues related to the implementation of trilateral statements of the President of Azerbaijan, the Prime Minister of the Republic of Armenia and the President of the Russian Federation, including cooperation on Caspian issues, as well as delimitation and opening of communications.

The sides also exchanged views on a wide range of issues on the bilateral agenda.