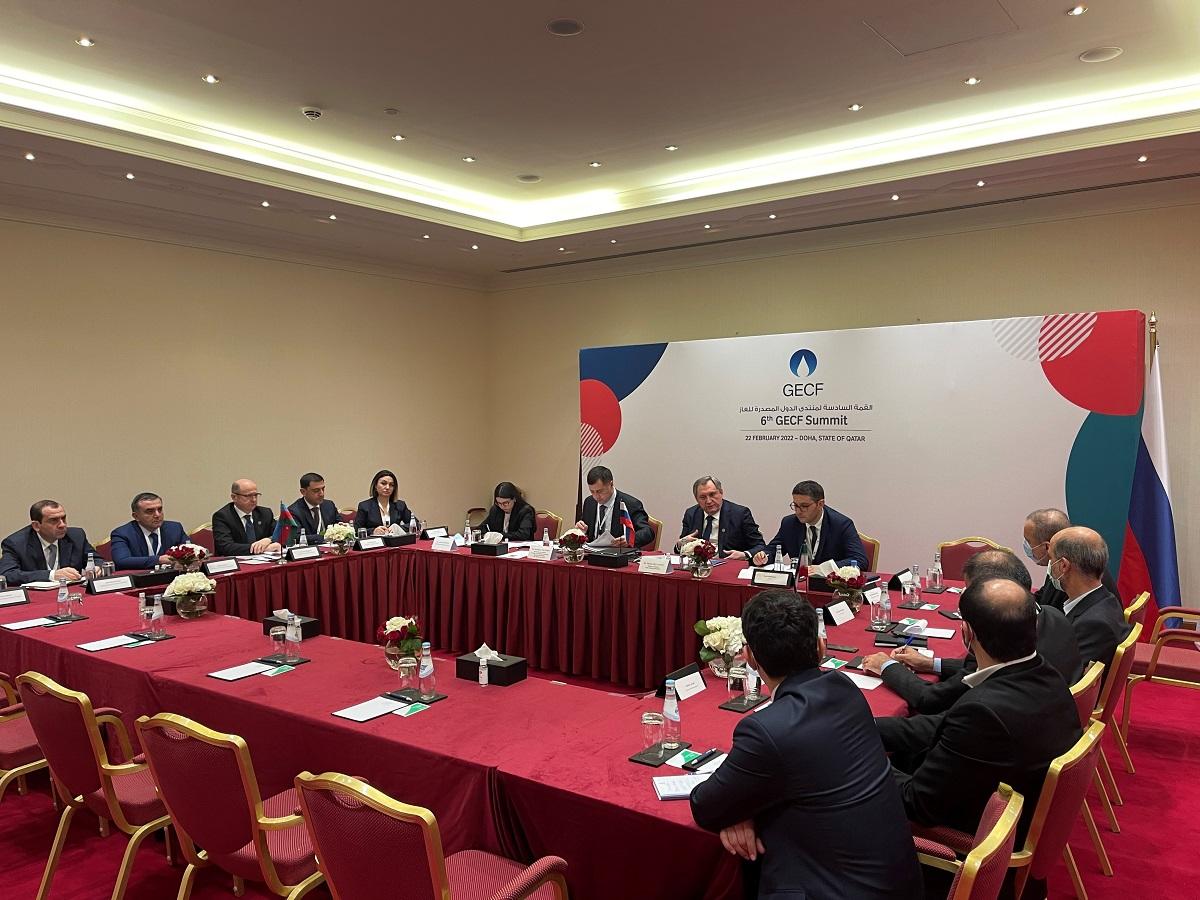 Azerbaijani, Russian and Iranian Energy Ministers Parviz Shahbazov, Nikolai Shulginov and Ali Akbar Mehrabian have discussed energy cooperation between the countries during a trilateral meeting held in Doha, Qatar on the sidelines of the Gas Exporting Countries Forum (GECF).

The parties focused on the work done to create a North-South Power Transmission Corridor. They discussed the preparation of a feasibility study for the project to connect Azerbaijan’s, Iran’s, and Russia’s electricity networks.

They emphasized the importance of the electricity corridor for all three countries and the need to accelerate the project’s feasibility study.

In this regard, it was suggested that a meeting be held with Monenco Iran, the company in charge of the project’s feasibility study, as well as the energy ministries of the three countries and relevant energy companies.

Furthermore, during their bilateral meeting, Parviz Shahbazov and Ali Akbar Mehrabian discussed bilateral energy cooperation as well as the implementation of the Khudafarin and Giz Galasi hydropower projects.

Parviz Shahbazov arrived in Qatar at the invitation of Qatar’s State Minister for Energy, Saad Sherida Al-Kaabi, to attend the GECF ministerial meeting and the 6th summit of heads of state and government.