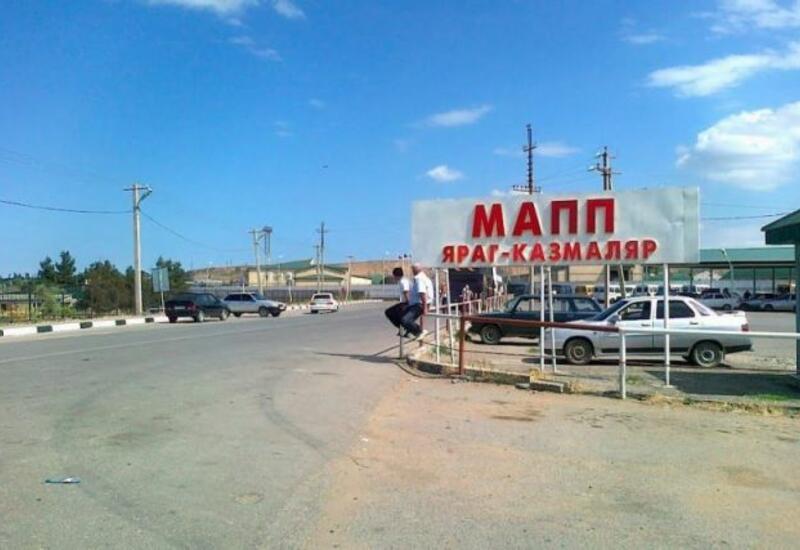 An additional freight transport lane has been opened along the border with Azerbaijan at the Yarag-Kazmalyar checkpoint in Dagestan,” Tass has reported, quoting the press service of the North Caucasus Customs Administration (NCTU) reported on April 6.

“At the Yarag-Kazmalyar multilateral automobile checkpoint on the border with Azerbaijan, an additional lane for the exit of freight vehicles from the Eurasian Economic Union’s customs territory was opened. The addition of another lane will increase the throughput of this checkpoint by 100 trucks per day and significantly reduce the time spent waiting in line,” the statement said.

It noted that the current load at this checkpoint is 1.5 times higher than the standard and makes up to 500-550 cars per day in both directions.

In the statement, First Deputy Head of the Russian Federal Customs Service Ruslan Davydov said that Yarag-Kazmalyar is the largest and busiest checkpoint on the Russian-Azerbaijani section of the border.

He noted that the speed of deliveries of goods, primarily fresh vegetables and fruits, from Azerbaijan, Turkey and Iran to Russia depends on the work of the checkpoint.

‘We are taking all the necessary administrative and organizational measures to ensure the priority clearance of such products,” he stated.

It should be noted that Yarag-Kazmalyar has been under reconstruction since July 2020 without suspension of its work. The purpose of the reconstruction of the checkpoint is to increase its throughput, reduce the time for carrying out control procedures, and provide comfortable conditions for citizens crossing the border. According to the results of the reconstruction, the capacity of the international checkpoint Yarag-Kazmalyar should be 730 cars, 630 trucks, 40 buses and 4,000 individuals per day.