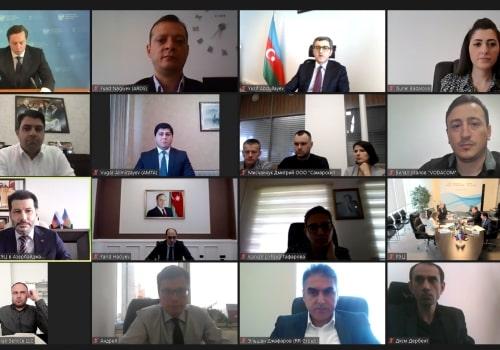 During a videoconference meeting, Head of Russian Export Center representative office in Azerbaijan Nuri Guliyev briefed the participants on the support measures for Russian companies to access Azerbaijani market and called on businessmen to expand cooperation more actively. He also spoke about the work of the Center for the development of trade and economic relations between business circles.

Noting the constant development of the business environment, Azerbaijan’s Export and Investment Promotion Foundation (AZPROMO) Acting Head Yusif Abdullayev spoke about the activities of the foundation.

Furthermore, Roseximbank’s Head Azer Talibov shared his opinion on support measures to diversify the portfolio of joint projects in various sectors of the non-oil sector.

The meeting followed with bilateral meetings between businessmen.

Azerbaijan increased its trade turnover with Russia by $11.2 million, bringing the volume to $585.2 million in the first quarter of 2021. Of the total turnover, the export of Azerbaijani products to Russia amounted to $135.3 million, while import from Russia to $449.8 million.