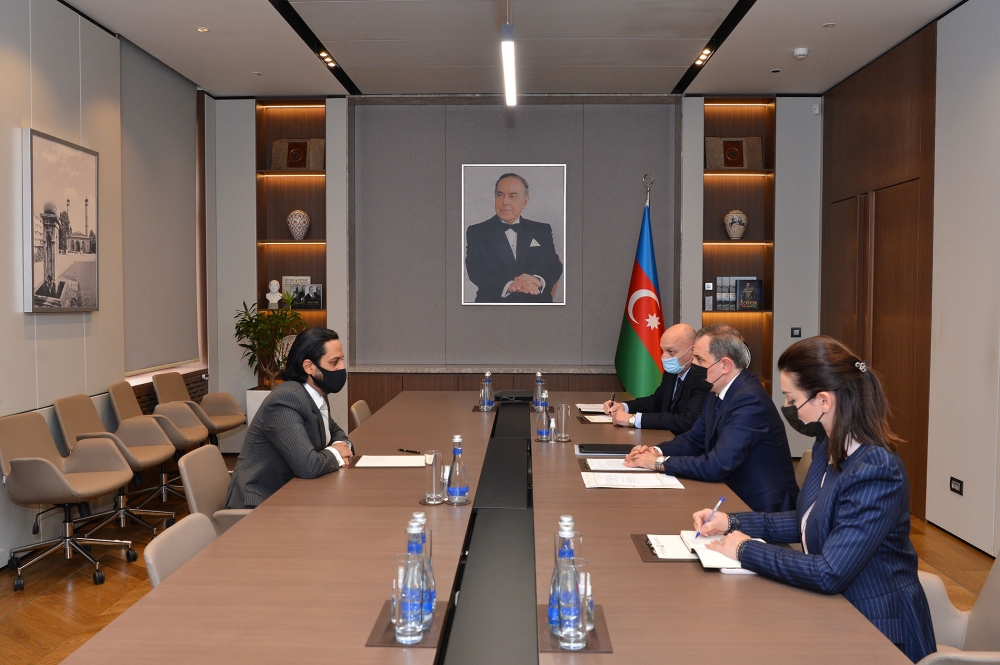 The sides exchanged views on important issues of the cooperation agenda between the two countries.

FM Jeyhun Bayramov noted the high level of political relations between the two friendly countries. Recalling his official visit to Saudi Arabia last year, the minister noted with satisfaction the meeting with Saudi Foreign Minister Prince Faisal bin Farhan Al Saud, as well as his contacts with his counterpart in the framework of international events. It was noted that the recent meeting of the Joint Commission between the Government of Azerbaijan and the Government of Saudi Arabia in Riyadh contributed to the expansion of relations. Minister Bayramov said he would be pleased to see the Foreign Minister of Saudi Arabia in Azerbaijan.

The sides discussed cooperation within international organizations, as well as other issues of mutual interest.

Previous Akar: Turkey stands by Azerbaijan in fight for justice
Next President: The Lachin corridor is under our control, we can stop any car there and no-one can tell us anything