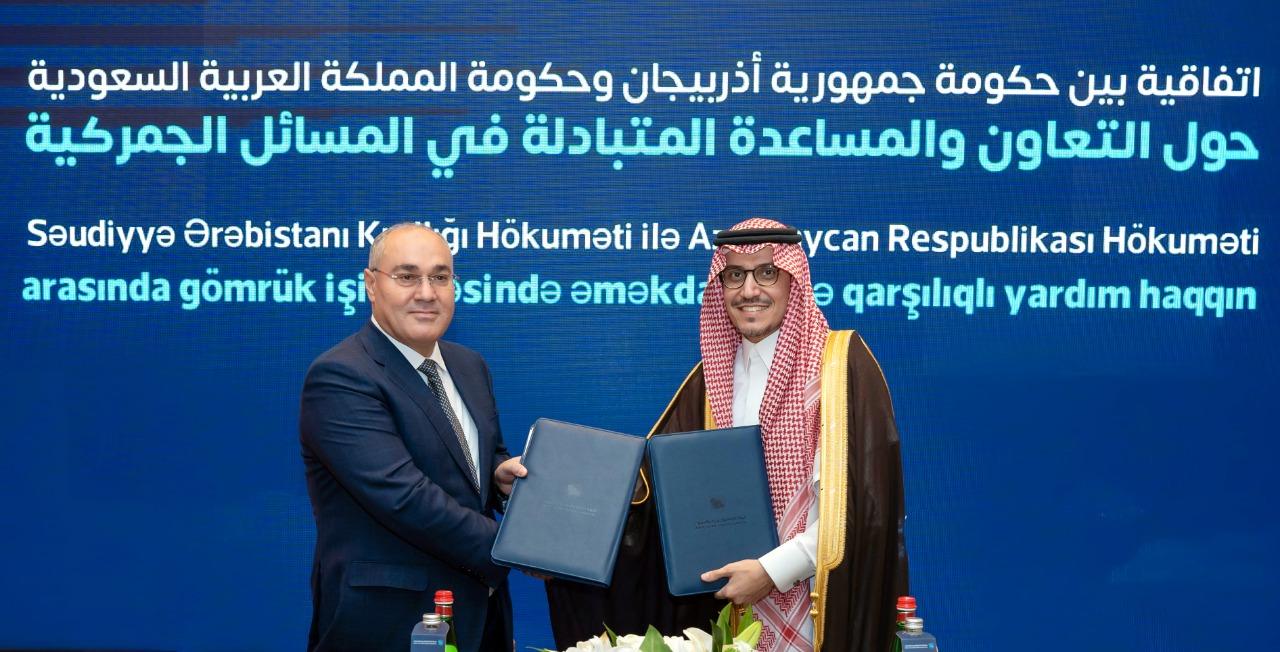 Azerbaijan and Saudi Arabia have signed an agreement on cooperation and mutual assistance in the customs sphere, State Customs Committee Chairman Safar Mehdiyev has tweeted.

The agreement signed in Riyadh on November 15 will contribute to developing relations between the customs bodies, Mehdiyev said.

“Our meeting with Suhail bin Mohammed Abanmi, Governor of Zakat, Tax and Customs Authority of the Kingdom of Saudi Arabia, focused on productive discussions on the prospects of mutual cooperation between the customs bodies of the two countries,” the chairman wrote.

Azerbaijan and Saudi Arabia are cooperating in different spheres of the economy, especially in renewable energy. In this context, the agreements on the 240 MW wind power plant project were signed between the Ministry of Energy, Azerenergy OJSC and Saudi Arabia’s ACWA Power on December 29, 2020. The agreement will strengthen the ties between Saudi Arabia and Azerbaijan, and the 240 MW project will contribute to Azerbaijan’s energy diversification and the use of renewable energy sources.