Azerbaijan, the third largest oil producer in the Commonwealth of Independent States (CIS) after Russia and Kazakhstan, shifted to a floating exchange rate regime on December 21, 2015, triggered by a rapid fall in oil prices.

For the long term Azerbaijan had almost a constant peg of the US dollar to the Azerbaijani manat of 0.8/$ thanks to oil’s skyrocketing prices and peak production volume. ’s decision on the devaluation of local currency last month followed similar moves by crude exporters Russia and Kazakhstan and underscored the pressure that low prices are exerting on the public finances of oil-dependent countries in the former Soviet Union (Daily News, December 23, 2015).

Oil amounts to more than 90 per cent of the country’s exports and one-third of its GDP. The Central Bank of Azerbaijan spent more than $10 billion propping up the Azerbaijani manat in one year so as to not allow the national currency to drop before making the decision to devalue the manat by 32 percent and to allow it to float. Low oil prices have forced all major post-Soviet oil exporters to lower their fixed exchange rates and have followed floats of their currencies with sharp fluctuations. High oil prices were the tailwind, while low oil prices are the headwind for economic development in oil exporting nations.

Other emerging economies relying on the sale of commodities, such as Brazil and South Africa, have been hit by the Chinese economic slowdown and subsequent devaluation of their currencies. Further, China allows much greater flexibility of the renminbi. Currency devaluation is therefore a common trend for the major emerging nations ranging from the Argentina peso to the Malaysian ringgit.

Although Azerbaijan had installed its state budget on the basis of a $50 per barrel price of oil, after devaluation of the manat the government of Azerbaijan would consider even $30-35 a barrel tolerable to balance its current books. Among other post-soviet oil exporters, Azerbaijan would withstand the lowest break-even oil price to get budget equilibrium. According to CNN Money, the costs on average to pump a barrel of oil in Russia and Kazakhstan are $17.2 and $27.8 respectively, while BP-led oil production in Azerbaijan’s largest oilfield costs a little less than that of Russia (CNNMoney, November 23, 2015).

Fitch Ratings says that devaluation is broadly neutral for Azerbaijan’s sovereign profile and it will assist fiscal and external adjustment to the lower oil price, but will also push inflation up to around 10 percent, negatively impact private consumption and may lead to pressure on bank asset quality, requiring some sovereign support for the banking sector (Trend, March 14, 2015). Devaluation of the manat has made the unchanged price of goods and services regulated by the government, including tariffs for gasoline and utility, internet etc., cheaper than other consumer prices. Untouched regulated prices and the growth of salaries, pensions and social allowances by 10 percent aim to compensate ordinary citizens for losses deriving from inflation triggering devaluation of the manat.

Moody’s Investors Service mentioned that banks with a high share of foreign-currency loans will face increased loan delinquencies and credit costs because most Azerbaijani banks’ foreign-currency loans are granted to borrowers that do not have foreign-currency revenues and are therefore unprotected against foreign-currency risk (Azernews.az, February 23, 2015). The share of US dollar savings in bank accounts is 80 percent, which means that four-fifths of savings have grown in value by one-third compared to the pre-devaluation period.

President Ilham Aliyev, at the meeting of the Cabinet of Ministers dedicated to the results of the socioeconomic development of 2015 and the objectives for the future, mentioned the main directions of reforms in case of low oil prices as: Attracting more foreign investment, broadening the tax base, tightening financial control, strengthening public oversight, import substitution and export development, strict control over consumer prices, an increase of pensions and salaries, creation of industrial clusters, institutional reforms and the new wave of privatization.

The Azerbaijani economy is in the process of stepping up to the new long-run equilibrium level. As shocks to the Azerbaijan economy mainly come from overseas—reflected in the commodity prices slump, the continuing devaluation and difficulties in major economic partners—the monetary policy adjusts to offset them. Shifting from a fixed to a regulated floating exchange rate regime raises new questions to be answered immediately, such as: 1. Whether in this case it would be better to target the core inflation rate. 2. If the increase of foreign currency, as well as US dollars, supply in domestic market is crucial to smooth pressure on the manat. The privatization of the most systemically important bank of the Caucasus, the International Bank of Azerbaijan, will accelerate capital inflow, which is important in order to reach equilibrium in the financial market. Reducing information asymmetry, new waves of denationalization and the development of financial instruments would strengthen the viability of the financial market to support sustainable economic development in Azerbaijan.

Fiscal responsibility and outcome-based spending should accompany the floating exchange rate regime. Azerbaijan has traded off between “fiscal consolidation-low inflation-high unemployment” and “fiscal stimulus-high inflation-low employment” algorithms, in favor of latter. As of October 1, 2015, Azerbaijan’s foreign public debt amounted to 7.05 billion manat ($4.41 billion), which accounts for only 12.4 percent of the country’s GDP (Trend, November 13, 2015). Baku has room to increase external borrowing to stimulate the economy along with the State Oil Fund of Azerbaijan (SOFAZ).

Azerbaijan’s drive to enact as much reform as possible in the wake of a slowing oil income will have a profound chain reaction for the competitiveness of Azerbaijan’s economy. Thus the low oil price is an opportunity, and not a challenge. 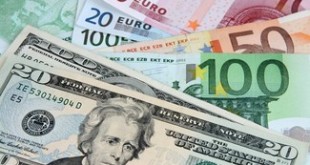