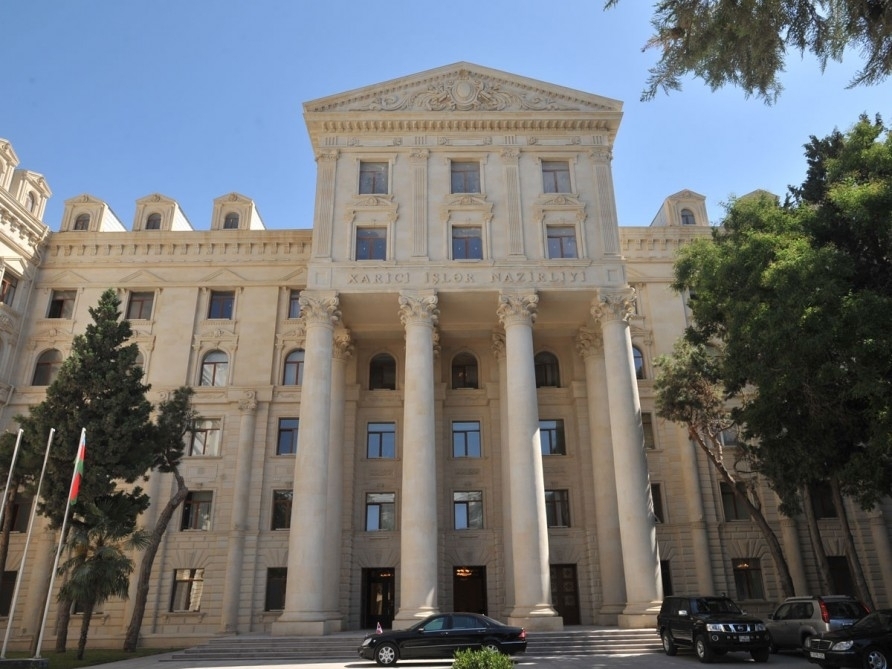 On November 6, 2019, Ambassador Extraordinary and Plenipotentiary of the Russian Federation to the Republic of Azerbaijan Mikhail Bocharnikov was invited to the Ministry of Foreign Affairs and received by the Deputy Foreign Minister Khalaf Khalafov.

At the meeting, the Ministry’s note of protest regarding the visit of Masis Mayilyan and Lernik Hovhannisyan, the “representatives” of the illegal regime created in the Nagorno-Karabakh region of Azerbaijan currently occupied by Armenia, was presented to the Russian Ambassador.

The Ministry underlined that such visits are irreversible of provocative nature against the sovereignty and territorial integrity of the Republic of Azerbaijan, they undermine the negotiation process and the spirit of sincerity and high trust between Azerbaijan and Russia, as well as they aren’t in line with provisions of the Treaty on Friendship, Cooperation and Mutual Security between the Republic of Azerbaijan and the Russian Federation dated July 3, 1997.

At the same time, it was noted that the entry of “representatives” of the illegal entity into the territory of Russia doesn’t correspond to the commitments of this country as one of the mediators of the OSCE Minsk Group co-chairs, making efforts for resolution of the Armenia-Azerbaijan Nagorno-Karabakh conflict, as well as the permanent member of the UN Security Council, which supported its resolutions 822, 853, 874 and 884 adopted in 1993. It was also especially stressed that the mission of the OSCE Minsk Group co-chairs is to promote an impartial approach to all issues related to the peaceful settlement of the conflict.

In this regard, the Azerbaijani side stated that it expects from the Russian side to take all the necessary measures to prevent such illegal visits.

Ambassador Bocharnikov underlined that Russia’s position on the conflict is well-known and unchanged, as well as any entry of the “representatives” of not-recognized entities into the Russian territory doesn’t reflect the country’s official position. He also noted that he would report to the Russian Foreign Ministry on the protest of the Azerbaijani side.