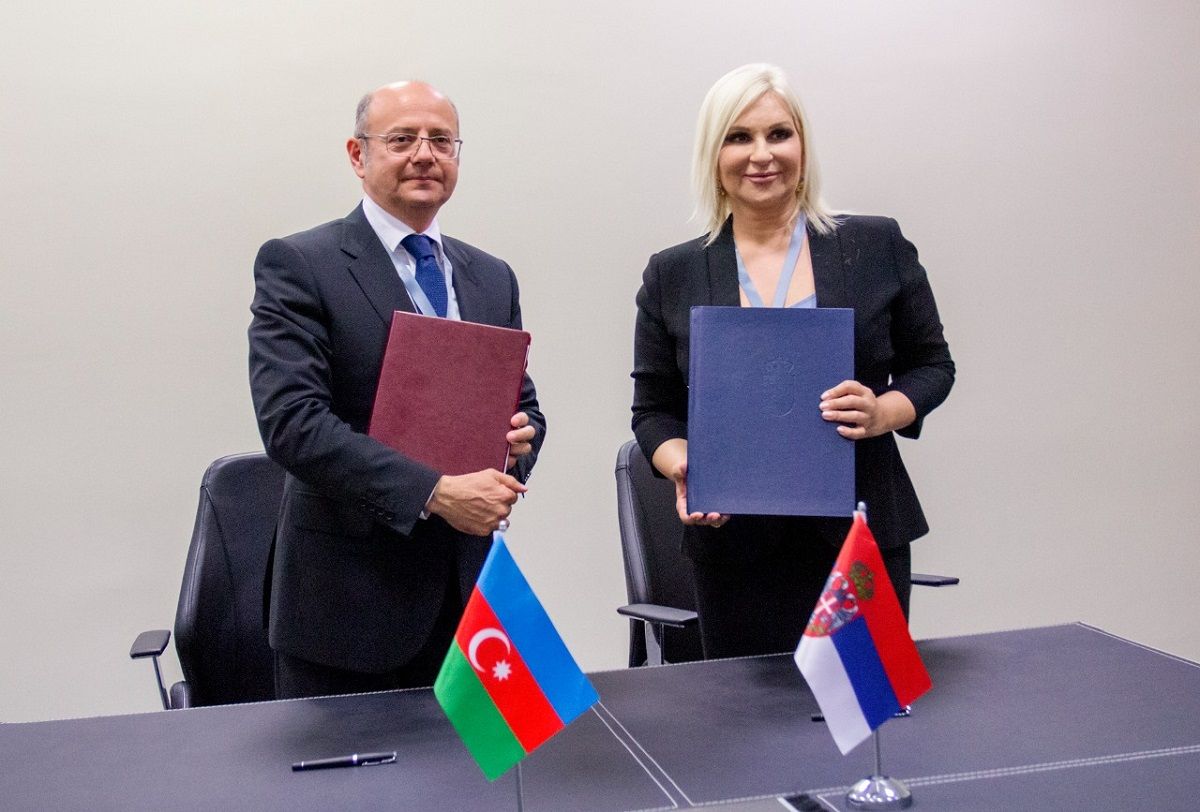 Azerbaijan and Serbia have signed an agreement on cooperation in the energy and mining sectors, Azernews reports, citing the Energy Ministry.

The agreement was signed between Azerbaijan’s Energy Minister Parviz Shahbazov and Serbian Deputy Prime Minister and Mining and Energy Minister Zorana Mihajlovic during the meeting on the fringes of the Baku Energy Week.

The agreement aims to rationally use the potential of both countries’ energy and natural resources and provides for cooperation in the energy sector, especially natural gas and renewable energy sources, as well as the promotion of the mutual investments in mineral exploration, regulation, energy efficiency, and establishment of joint ventures.

The document also reflects the continuation of cooperation to support the implementation of the Southern Gas Corridor.

Moreover, during the meeting, the parties emphasized that the diversification of the Southern Gas Corridor with interconnectors is important for Serbia and the Balkan countries, as well as for Azerbaijan as a supplier.

They also discussed the Serbia-Bulgaria (Nis-Dimitrovgrad) gas pipeline, which will allow Serbia’s integration into the Southern Gas Corridor. In addition, the sides discussed the Serbian-Romanian and other interconnectors, as well as natural gas, cooperation in the field of renewable energy sources, and the possibility of implementing joint projects.

The trade turnover between Azerbaijan and Serbia amounted to $9.2 million in 2021.