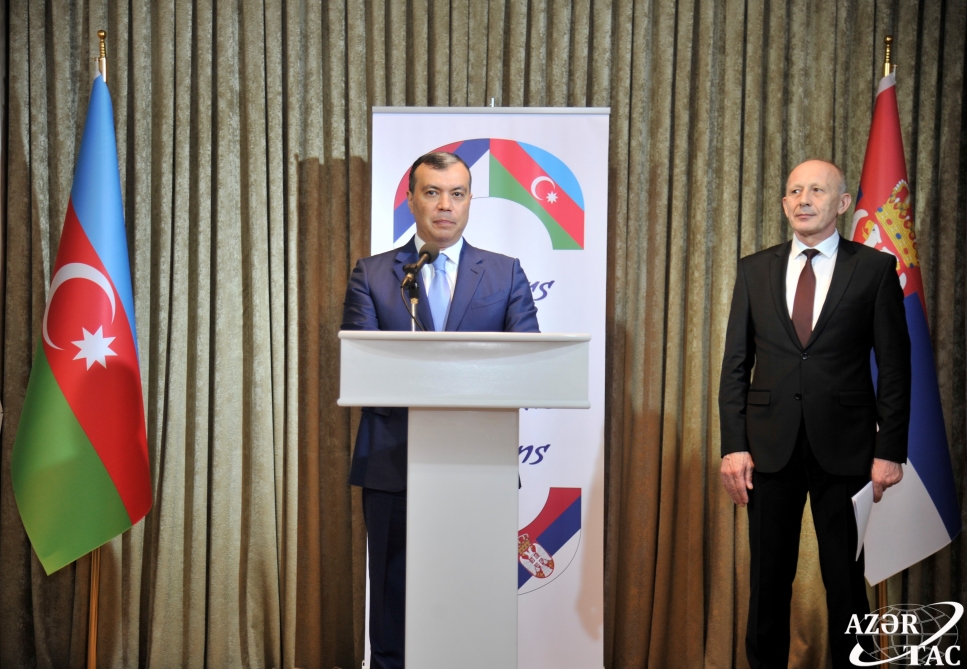 An official reception dedicated to the 25th anniversary of the establishment of diplomatic relations between Azerbaijan and Serbia has been held in Baku.

Prior to the event, the national anthems of Azerbaijan and Serbia were played.

Speaking at the event, Serbian Ambassador to Azerbaijan Dragan Vladisavljevic highlighted his country`s development path, and great achievements made in the political, economic and other fields.

The diplomat hailed the current level of traditional friendly relations between Azerbaijan and Serbia, and praised the successful development of relations between the two countries in political, economic, cultural and other fields.

Azerbaijan`s Minister of Labor and Social Protection of Population Sahil Babayev described Serbia and Azerbaijan as very close friendly countries. Underlining the development of the Azerbaijani-Serbian relations, the minister emphasized that this cooperation is based on strategic partnership and friendship. Minister Vladisavljevic expressed the Serbian companies’ keenness to contribute to restoration and construction work underway in the liberated Azerbaijani lands.

The official reception was attended by state and government officials, representatives of the diplomatic corps accredited in Azerbaijan and members of the public.