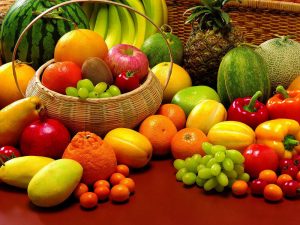 Azerbaijan has significantly increased exports of fruits and vegetables, says the article of the Minister of Agriculture Inam Karimov, published in the official press.

According to the data of the World Bank, over these years, the real growth in the sphere of agriculture in Azerbaijan was above the average world indicator, as well as above the corresponding indicators of the countries in the region.

It is emphasized that high dynamics has been achieved in the area of export of agricultural products.

The exports of fruit and vegetable products from Azerbaijan amounted to $276.7 million in January-June 2018, which is 27 percent more than in 2017.

One of main goals for Azerbaijan today is to remove dependence of economy on oil and assure expansion of economic development to rural areas. Being the third biggest sphere in Azerbaijani economy after oil and construction agriculture possesses biggest share in employment. Thus, fundamental changes have happened in agriculture.

The article notes that as a result of successfully pursuing agricultural policy in the country in the field of agriculture, favorable market conditions have emerged and business activity has expanded significantly. It also affected the increase in the number of employees and the growth in investment.

“Due to the increased potential of local production and the growth of competitiveness in the country, the level of food self-sufficiency has significantly increased. If in the period of restoration of state independence by Azerbaijan, this indicator for meat and dairy products was 30-35 percent, now it is close to 90 percent. The level of self-sufficiency in all types of vegetables and fruits exceeds 100 percent,” the article says.

In order to increase the level of self-sufficiency in a number of industries through local production, more flexible regulation of development and management, application of the program approach with increased government support in relevant sectors and the creation of a mechanism for targeted policy measures, according to the instructions of the head of state, above mentioned programs are at the final stage.