Azerbaijan is one of the world’s cradles of civilization. In Gobustan, about 70 kms south of Baku, are Petroglyphs dating back to the 12th Century BC. The area was regarded by another ancient civilization, the Roman Empire, as more ancient than their own. 14 centuries later, the area is a UNESCO World Heritage site, which puts Azerbaijan history and culture on the same level as sites in Egypt and China.

The location of Azerbaijan as the strategic meeting point of Asia, Europe, Eurasia and the Middle East, led to the country being a key migration and trade route for humanity. This has influenced the country’s ethnic mix. It is a hybrid of Turkic, Persian, European and Caucasian influences, which gives the region a unique history.

The first recorded States on the territory of Azerbaijan date back to 9th Century B.C. The states of Manna, Maday and Albania, with their own unique traditions, succeeded one another in the period to follow.

In the 8th Century the Arabic conquest of Azerbaijan commenced. The Khalifat had long competed with the Turkic ‘Khazar Kaganat’ for domination. Eventually Arabs prevailed and Azerbaijan remained under Arabic rule for around three hundred years. This was interrupted for a short period of twenty years, when a large scale ‘Hurammi freedom movement’ led by the leader Babek, overthrew the Arabs in Azerbaijan and parts of Iran. From the period of Arabian conquest onwards, Azerbaijan became an integral part of the Islamic cultural tradition. Nizami, Nasimi, Tusi and other Azerbaijani poets and scholars are now regarded as the patriarchs of this civilization, and contributed extensively to the Islamic Renaissance from the 9th to the 13th century.

The Middle Ages were a period of several large regional empires. These were predominantly Turkic. Some of the mightiest dynasties were of Azerbaijani origin, including the Karakoyunlu, Agkoyunlu and Safavids. Despite the dominance of large states on the regional political arena, northern Azerbaijan (Shirvan) managed to sustain some autonomy and independence throughout the whole period, including the hectic times of the Mongolian invasion and the Teymurids.

By the 18th century, the country consisted of a few independent Khanliqs (principalities). The new regional power, the Russian empire, eventually conquered Northern Azerbaijan.After the 1828 Turkmanchay Peace Treaty with Persia, the country was divided and southern Azerbaijan was left under Persian sovereignty.

The late 19th – to early 20th centuries were a period of cultural and economic regeneration for Azerbaijan. In the 1860’s the industrial exploitation of the Azerbaijani oil fields commenced. This witnessed the emergence of international businesses including the Nobel Brothers, Rothschild, Siemens and others. Indeed, the Nobel Brothers made their fortune inBaku, to become one of the world`s largest companies.

The economic rise led to a cultural revival. The traditional Islamic & Oriental cultural influence was enriched by the growing European and Russian influence. The 19th and 20th centuries were the period of major advancement in Azerbaijani social life. The most notable cultural advances included the first opera in the Muslim world, a national drama theatre, the adoption of a “modern” Latin alphabet, and the first school for Muslim girls in the Islamic world. Today’s Republic of Azerbaijan is the successor of the Azerbaijan Democratic Republic (ADR) declared on 28th May 1918 by the first Azerbaijani parliament – National Assembly (Milli Majlis). Though short lived, ADR was the very first democratic republic in the whole Islamic world.

Such measures as electoral rights for women, representation of ethnic minorities in Parliament, and other progressiveinitiatives were introduced in the country. These initiatives were ahead of their time, not only in the Middle East and Eurasia, but in the old democracies of Europe as well. After the short life of ADR, the 11th Soviet Red Army occupied Azerbaijan in late April 1920.

Azerbaijan became part of the Soviet Union, but declared its independence in 1991. The consequences of the disintegration of USSR were complicated by the ongoing aggression by the Republic of Armenia. Armenian nationalists backed by the late Soviet administration launched a separatist movement in Western Azerbaijan (Nagorno-Karabakh). A long lasting and bloody military conflict started in 1988. The conflict was further complicated by civil confrontation within Azerbaijan.

A few political groups were competing for power in the country. A succession of weak, largely unstable governments ended in 1993 when veteran politician and popular leader Heydar Aliyev was elected President.

A decade of rehabilitation and growth started. Under the leadership of Heydar Aliyev, the government reestablished peace and stability in the country reinforced state infrastructure and civil rule throughout the country. It launched a proactive foreign policy campaign aimed at the political integration of Azerbaijan internationally. In 1994 a major oil & gas contract with the consortia of oil giants such as BP, Amoco, Total and others were concluded into the “Contract of the Century”. Along with economic rehabilitation, the government of Azerbaijan launched major political reforms aimed at bringing the country up to international standards in the areas of the rule of law, democracy, human rights and freedoms. The era of Heydar Aliyev ended in December 2003 with his sad death, but the policy decisions taken by him remain the undisputed development priorities for the current government. These include proactive foreign policy, democratization, the creation of a liberal market economy and socially oriented policies. His far-seeing policy is being successfully continued by his successor Ilham Aliyev who was elected President for three consecutive terms in 2003, 2008 and 2013. 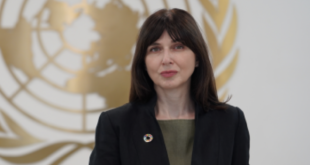 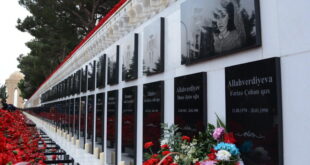