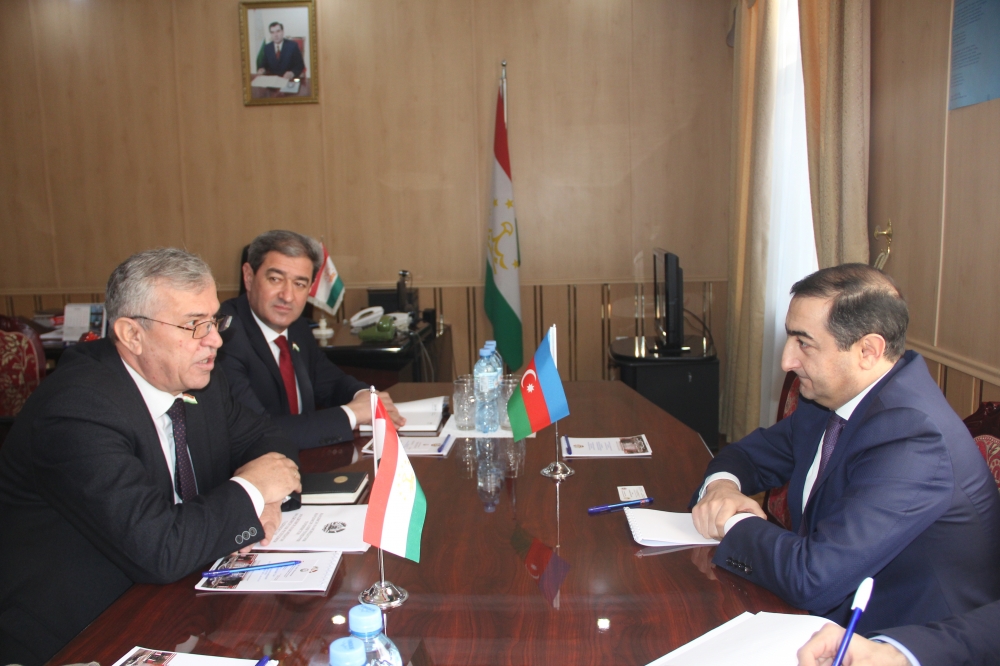 Azerbaijani ambassador to Tajikistan Hasan Mammadzade has met with the head of the Committee on International Affairs, Public Associations and Information of the Majlisi Namoyandagon of Majlisi Oli of the Republic of Tajikistan Saidmurod Fattokhzoda and head of the Azerbaijan-Tajikistan inter-parliamentary working group Jamshed Murtazozoda.

The ambassador provided an insight into Armenia`s large-scale military provocations against Azerbaijan occurred in July and September last year.

The diplomat noted that the Azerbaijani Army had to answer adequately and launched counter-offensive measures in order to provide security of densely populated areas along the frontline and stop yet another Armenian military provocation against Azerbaijan. “As a result of the successful military operations conducted within the internationally recognized Azerbaijani territories, the Azerbaijani Army liberated Azerbaijani lands that had been under Armenian occupation for almost 30 years.”

The sides hailed relations between the two countries in international organizations, including the OSCE and CIS, the current state and prospects of trade and economic cooperation, and agreed to promote reciprocal visits of two countries’ delegations.