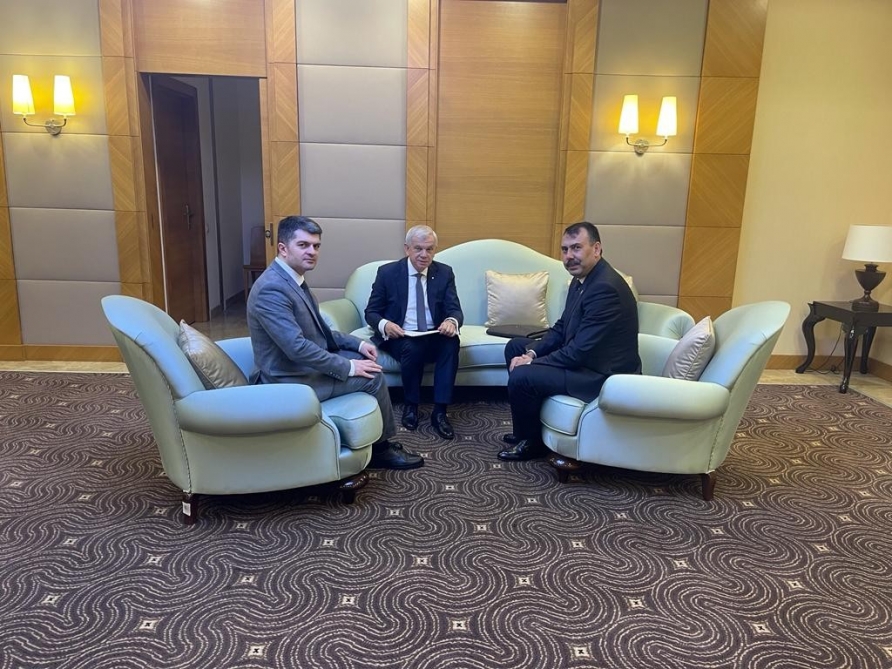 A delegation of Azerbaijan’s Ministry of Culture has attended the 37th meeting of the Council for Cultural Cooperation of the CIS member states held under the chairmanship of Kazakhstan in the city of Nur-Sultan.

As part of the visit, Chief of Staff of Azerbaijan’s Ministry of Culture Vugar Mammadov met with Deputy Minister of Culture of Tajikistan Manuchehr Sharifzoda and Director of the State Academic Opera and Ballet Theater named after Sadriddin Aini Saifiddinzoda Kamoliddin Sayfiddinov.