Azerbaijan to boost ties with Portugal 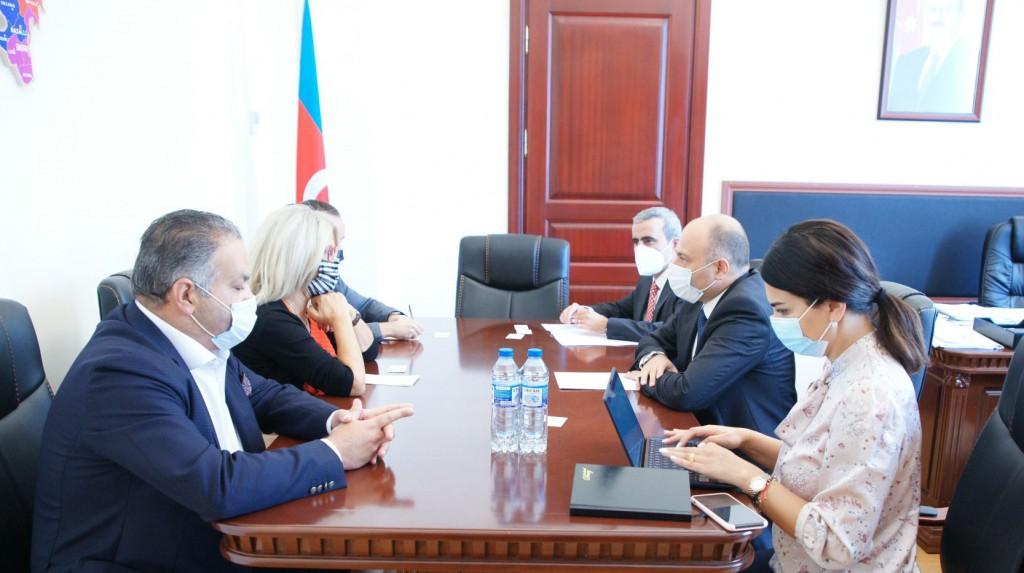 Azerbaijan and Portugal have discussed prospects of mutual cooperation in different fields.

The meeting was also attended by Honorary Consul of Portugal to Azerbaijan Murad Rahimov and Culture and Education Counselor at the Embassy Mário Tiago Paixão.

In her remarks, the Portuguese ambassador highlighted the work done between the two countries in areas of mutual interest.

The sides touched upon joint cooperation in the field of protection of cultural heritage.The meeting also discussed projects aimed at promotion of the Portuguese language in Azerbaijan as well as student exchange programs between the two countries.

Since 1992, Azerbaijn and Portugal has been enjoying  fruitfull cooperation in various fields.

From 2015, the diplomatic mission of Portugal in Azerbaijan began its activity. Three years later, Head of the Second European Department of the Ministry of Foreign Affairs  Ilgar Mukhtarov paid a visit to Lisbon to participate in the first stage of political consultations between the relevant departments of the Ministries of Foreign Affairs of Azerbaijan and Portugal.

Within the framework of the visit, meetings were held with the Director-General for Foreign Policy of the Ministry of Foreign Affairs of Portugal Pedro Costa Pereira and the Head of the Department for European Affairs António Sabido Costa.

Azerbaijan-Portugal business forum was held in 2012. A Memorandum of Understanding on mutual cooperation was signed between AZPROMO and Portugal Global Trade and Investment Agency.