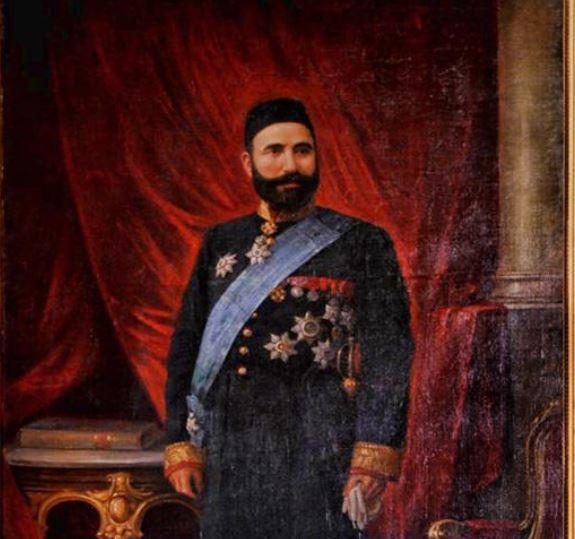 The eight-part film will be shot with the support of the Culture Ministry, Baku Media Center and several other organizations. The preparation stage of the series is underway.

Meanwhile, UNESCO will celebrate the 200th anniversary of the great philanthropist in 2023. The film project is expected to be ready on that date.

A statue of the philanthropist and oil magnate has been recently erected in Baku.

The opening ceremony was attended by President Ilham Aliyev on January 18. The three-meter monument was placed near Icharisheher metro station.

Sculptor Khanlar Ahmadov’s work has been chosen as the best among 26 projects that were submitted to the open sculpture contest initiated by the Heydar Aliyev Foundation, the Cultural Ministry and Baku City Executive Power.

Haji Zeynalabdin Taghiyev began his life journey as an apprentice of a bricklayer in Baku. Taghiyev’s dedication and hard work ensured quick professional advancement and at the age of 18 he became a contractor.

In 1873, along with his partners, Taghiyev rented a plot of land near the oil-booming town of Bibi-Heybat, a few kilometers to the southeast of Baku. They hired workers and started drilling for oil, but with no success. The partners gave up hope and decided to sell their shares.

Taghiyev purchased them and became the sole owner of the land. He continued drilling and paid workers despite all financial difficulties.

Finally, fortune smiled on him in 1877, when oil gushed out of the well with a mighty force. Oil gush instantly made him an oil baron and a millionaire.

One of the first things Taghiyev did after becoming wealthy was to surface the road between the city and his oilfield in Bibi-Heybat. He then extended the road on to the Bibi-Heybat mosque.

Hajji Zeynalabdin Taghiyev invested in many important projects such as the first textile factory and fisheries. He sponsored the first Azerbaijan National Theater (1883), the first Muslim School for Girls (1896), the first Technical School (1911) and covered all the expenses for the construction of what would later become the Azerbaijan State Academic Opera and Ballet Theater.

He also helped to solve the water crisis in the city by helping to finance the Shollar water pipeline (1916).

Taghiyev also provided scholarships for many talented young people who strove for higher education in prestigious Russian and European universities. He built a number of schools and gave a lot of attention to mosques since he considered them to be centers for enlightenment, culture and science.

For his outstanding contributions, Taghiyev was twice awarded with the Order of Saint Stanislaus, as well as with a number of other orders and medals from many countries.