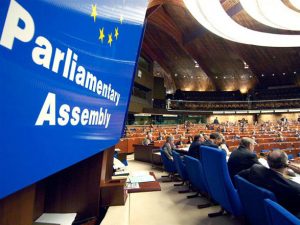 Another winter session of the Parliamentary Assembly of the Council of Europe (PACE) will be held in Strasbourg on January 23-27, Samad Seyidov, head of the Azerbaijani delegation to PACE, chairman of the parliamentary committee on international relations and interparliamentary relations, told Trend on Jan. 3.

“The Azerbaijani delegation will take an active part in the session and in the PACE meeting,” Seyidov said.

PACE president and vice president, judges of the European Court of Human Rights (ECHR) will be elected during the session. The reports on the results of monitoring the presidential election in Bulgaria and the parliamentary elections in Macedonia will be also discussed.

Issues related to media freedom in Europe and attacks on journalists, the humanitarian crisis in Gaza, the work of democratic institutions in Ukraine and other issues are planned to be discussed.