Home / Economy / Azerbaijan, Turkey have enough will and resources to implement more than one major project

Azerbaijan, Turkey have enough will and resources to implement more than one major project 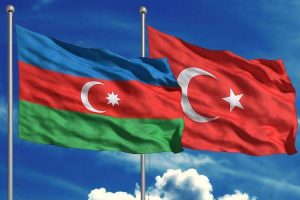 Azerbaijan and Turkey have enough will and resources to implement more than one major project, the President of the Executive Committee of the Economic Research Foundation of Turkey, expert Ahmet Incekara told reporters Oct. 24.

The expert recalled that recently the opening ceremony of the Star oil refinery, owned by the Azerbaijani state company SOCAR, took place in Izmir.

Incekara stressed that the Star enterprise will help Turkey reduce its dependence on imports. The expert believes, if several more such refineries are built, Turkey will be able to completely get rid of dependence on the import of oil products.

“This is a very important project, great funds have been invested in it. But the Star refinery is the first step to reduce Turkey’s dependence on imports. The attraction of investments to such projects should be continued,” Incekara added.

The expert also touched upon other projects implemented by Azerbaijan with the participation of Turkey. In particular, speaking of the Trans-Anatolian pipeline project, Incekara stressed that this pipeline, which provides for the supply of Azerbaijani gas to Europe through Turkey, is a very well-thought-out project that will bring significant revenues.

On October 19, the solemn opening ceremony of the Star refinery was held in Izmir city with the participation of the Presidents of Azerbaijan and Turkey, Ilham Aliyev and Recep Tayyip Erdogan.

The total oil refining capacity of the refinery will be 10 million tons, and the Azerbaijani state company SOCAR is the main supplier of raw materials for the enterprise.

The refinery will significantly reduce Turkey’s dependence on imports of petrochemical products.