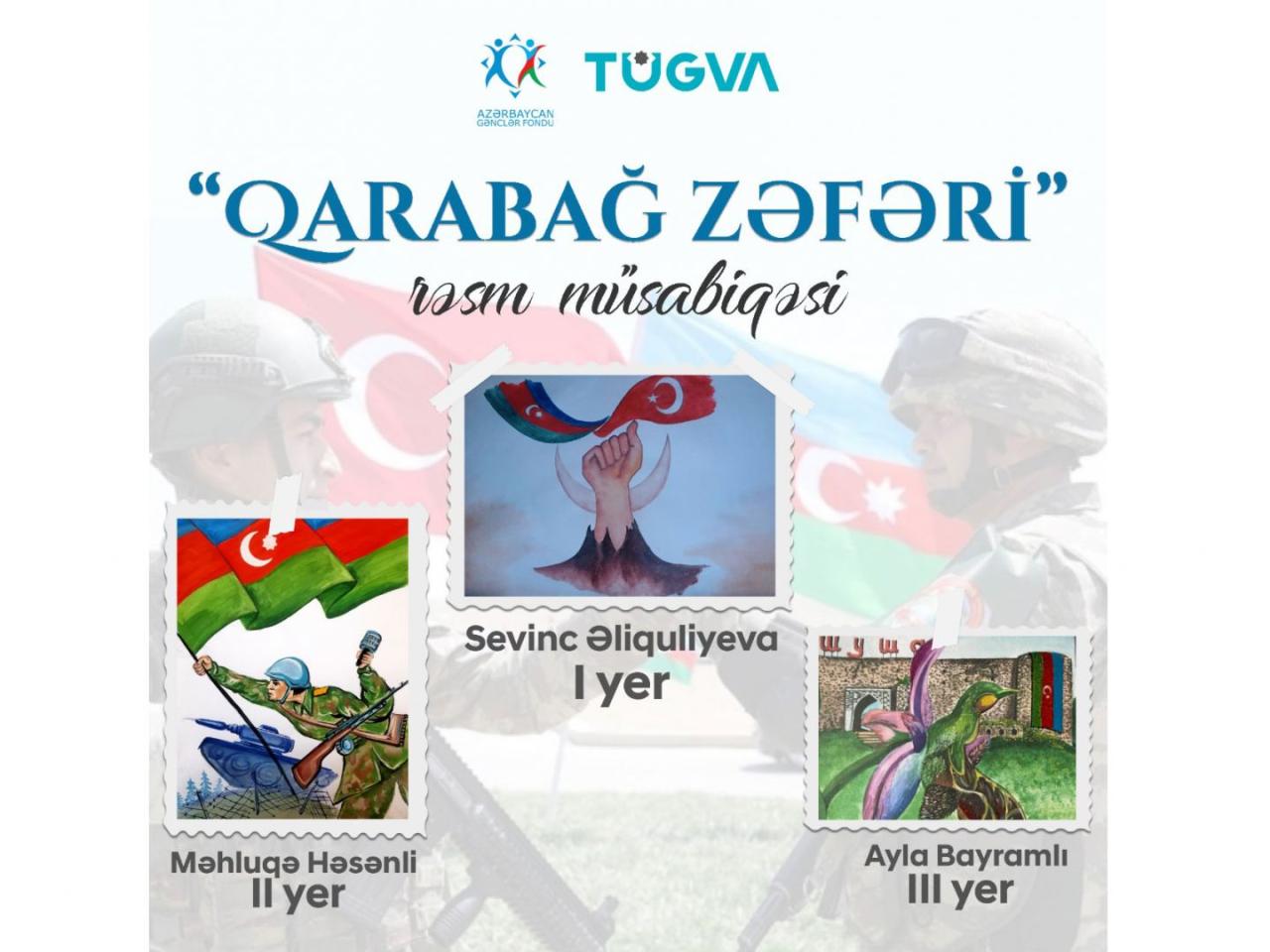 The main goal of the project was to show the Victory to the general public through the eyes of young artists of Azerbaijan and Turkey, to further strengthen fraternal relations.

More than 200 artists took part in the competition aimed at showing Azerbaijan’s victory through the eyes of young talents.

The first place was taken by Sevinj Aliguliyeva, the second  place went to Mahluga Hasanli, while Ayla Bayramli ranked third. The winners will have a  trip to Turkey.