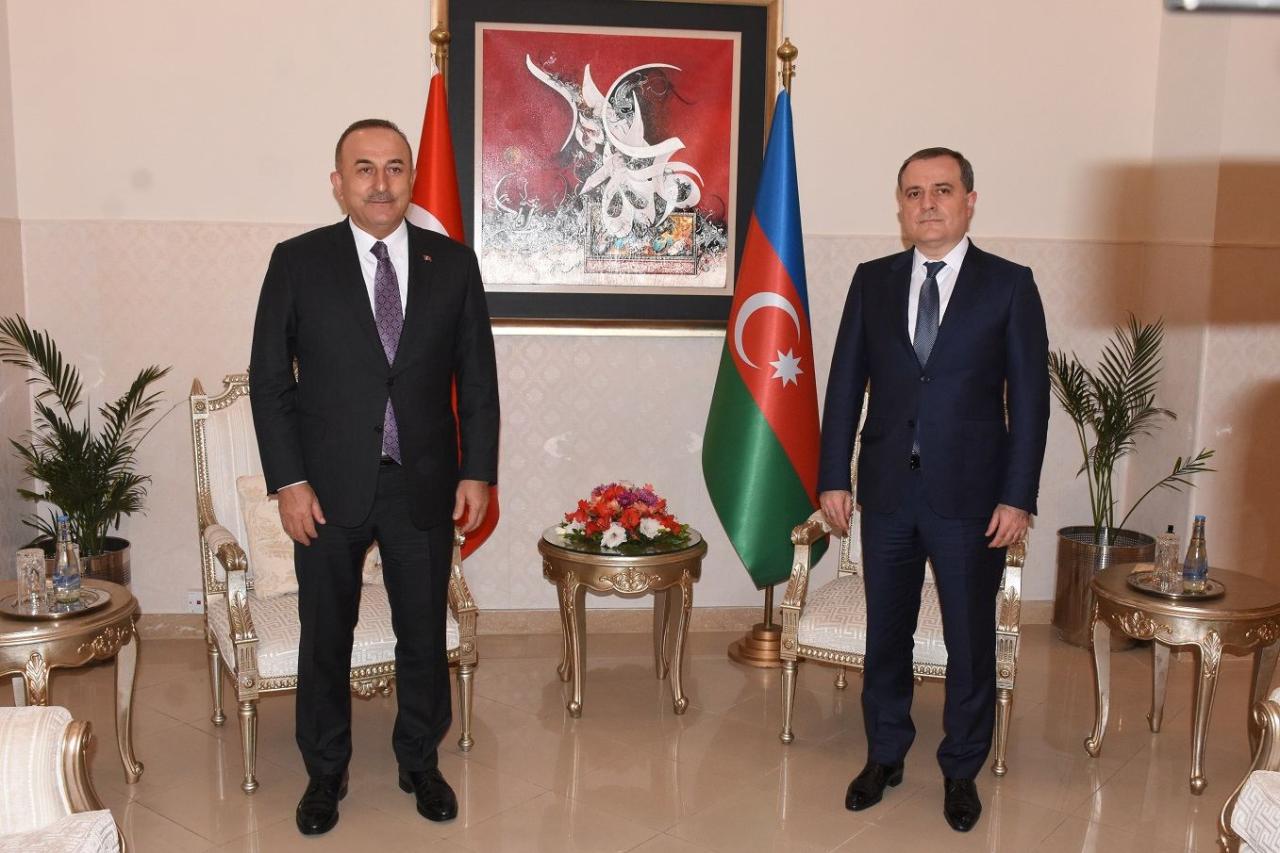 Azerbaijani Foreign Minister Jeyhun Bayramov and his Turkish counterpart Mevlut Cavusoglu have discussed the regional situation and the fulfilment of the trilateral statements signed by Azerbaijan, Russia and Armenia in 2020 and 2021, the Foreign Ministry reported on June 7.

In a telephone conversation that took place on June 7, the officials also discussed bilateral cooperation and other issues of mutual interest.

In late May, in his congratulatory message to his Azerbaijani counterpart Ilham Aliyev on Republic Day, Turkish President Recep Tayyip Erdogan expressed confidence that Azerbaijani-Turkish brotherhood and cooperation will make a significant guarantee for ensuring peace, prosperity and stability in the region.

The Turkish president will attend a groundbreaking ceremony of a Turkish school in Azerbaijan’s newly-liberated Shusha city during his visit to the country in June. He will visit Azerbaijan on June 14-16.

The signed agreement obliged Armenia to withdraw its troops from the Azerbaijani lands that it has occupied since the early 1990s. Under the peace deal, Azerbaijan also returned its Armenian-occupied Kalbajar, Aghdam and Lachin regions

Azerbaijan will spend $1.5 billions on restoration of its liberated territories in 2021.