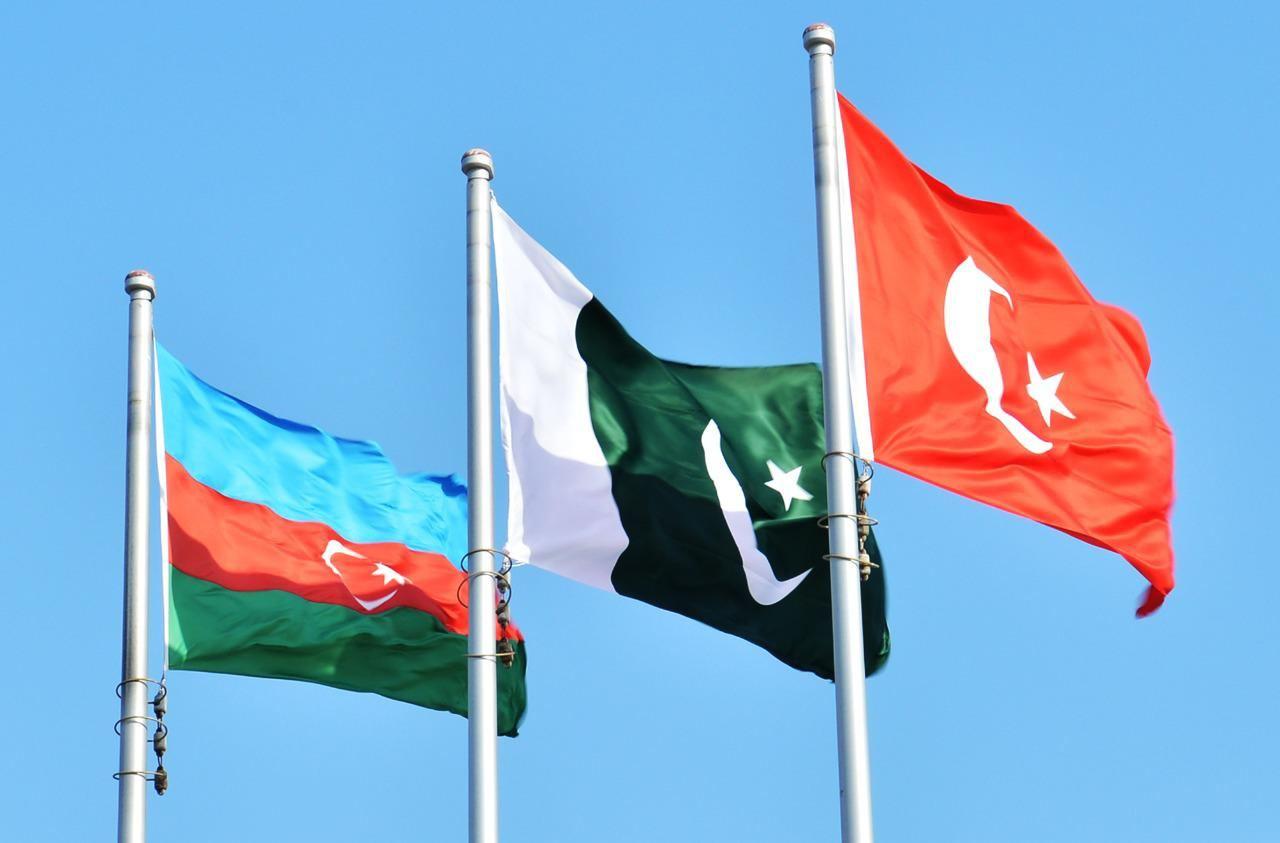 The parliaments of Azerbaijan, Turkey and Pakistan have signed the Baku Declaration on cooperation.

The document was signed following the trilateral meeting held by speakers of the three countries’ parliaments on July 27.

The Chairman of the Turkish Parliament Mustafa Shentop said that the Baku Declaration signed between Azerbaijan, Turkey and Paksitan, will contribute to ensure the regional security.

Addressing the trilateral meeting with his Azerbaijani and Pakistani counterparts in Baku, Sentop said that “the Baku Declaration, which will be signed following the meeting, will contribute to ensuring security in the region. This document will play an important role in terms of institutionalizing trilateral relations.”

“I think that holding of meetings in this format will contribute to the further development of relations among three fraternal countries,” he added.

The Chairman stressed the importance of friendship, and brotherhood among Turkey, Pakistan and Azerbaijan, by stating that the first meeting of the speakers of the parliaments of Azerbaijan, Pakistan and Turkey will be held in Baku on the initiative of Islamabad.

In his words, the international platform and mechanism would strengthen relations among three countries in the future.

Shentop reminded that during the second Karabakh war, both Turkey and Pakistan politically and morally supported Azerbaijan.

Addressing the meeting, Speaker of the Azerbaijani Parliament Sahiba Gafarova said that a trilateral platform of cooperation between the three countries’ parliaments is being created.

Gafarova said that meetings will be held in this format, and the transformation of this format into an even more fruitful platform over time will strengthen ties between the three countries.

In turn, Speaker of the National Assembly of Pakistan Asad Qaiser highly appreciated the establishment of a trilateral format of cooperation between the parliaments of Azerbaijan, Pakistan and Turkey.

“We must expand our cooperation in the cultural, economic, educational, and other fields,” the speaker said.

Qaiser stated that within this platform, regular meetings will be held to discuss key issues.

“This victory became possible thanks to the efforts of President of Azerbaijan Ilham Aliyev, the unity of the Azerbaijani people,” the chairman added.

The Turkish and Pakistani delegations arrived in Azerbaijan on July 26 and are also expected to visit the country’s recently-liberated territories.

Previous Azerbaijan’s electricity exports to Georgia up by 21.4pct
Next Serbia, Azerbaijan to analyze possibility of signing free trade agreement