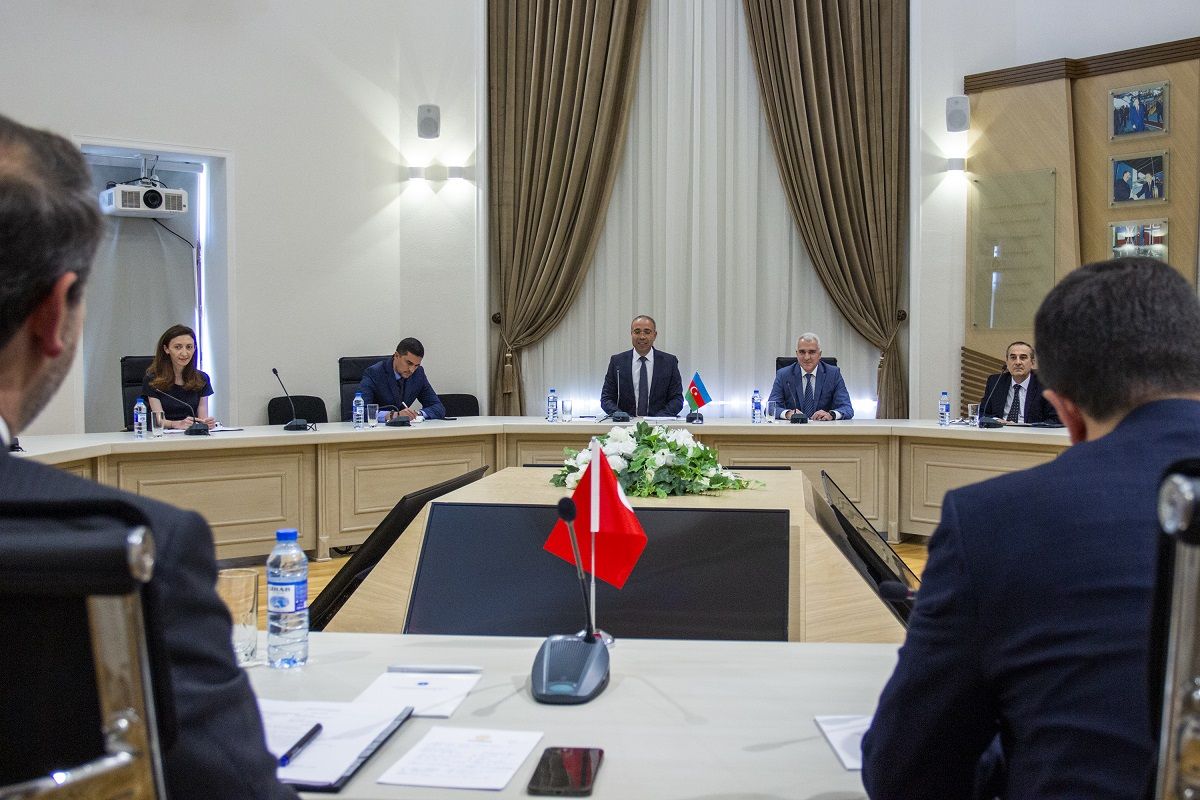 Azerbaijan and Turkiye have discussed the opportunities of exporting electricity to Turkiye and Europe via the Zangazur corridor, Azernews reports.

During the meeting, the parties touched upon the issue of the electricity swap between Azerbaijan and Turkiye. They discussed the possibility of transit and export of electricity through Turkiye, as well as the Azerbaijan-Georgia-Romania Black Sea submarine cable project. In this regard, they underlined the importance of increasing efforts to contribute to regional cooperation in the field of electricity to strengthen the energy supply security of the region.

Touching upon the bilateral and regional benefits of energy cooperation between the two countries, the sides discussed global energy projects such as the Baku-Tbilisi-Ceyhan oil pipeline and the Trans-Anatolian Natural Gas Pipeline (TANAP).

They emphasized that TANAP, a joint project of Azerbaijan and Turkiye, plays an important role in ensuring the energy security of Europe as one of the main energy sources along with meeting Turkiye’s natural gas demand. In the context of growing gas demand in the region, the parties also discussed the steps taken to supply additional gas volumes.

Moreover, the sides briefed on the projects implemented in the direction of transformation of Karabakh and East Zangazur into green energy zone, stressing that there are wide opportunities for participation of Turkish investors in these processes.

The parties also exchanged views on holding the next Azerbaijan-Turkiye Energy Forum and other issues of mutual interest.

Azerbaijan and Turkiye collaborate in a variety of economic sectors and have completed major energy and infrastructure projects, such as Baku-Tbilisi-Ceyhan, Baku-Tbilisi-Kars, and TANAP. Turkiye imports Azerbaijani natural gas through the South Caucasus Gas Pipeline (Baku-Tbilisi-Erzurum) and TANAP. Azerbaijan supplies gas to Turkiye only from the offshore Shah Deniz field.

In 2021, Azerbaijan and Turkiye signed the Shusha Declaration on Allied Relations, which focuses on defense cooperation, promoting regional stability and prosperity, and establishing new transport routes.

Additionally, Turkiye was one of the first countries that expressed its interest and readiness to participate in the restoration of Azerbaijan’s liberated territories.