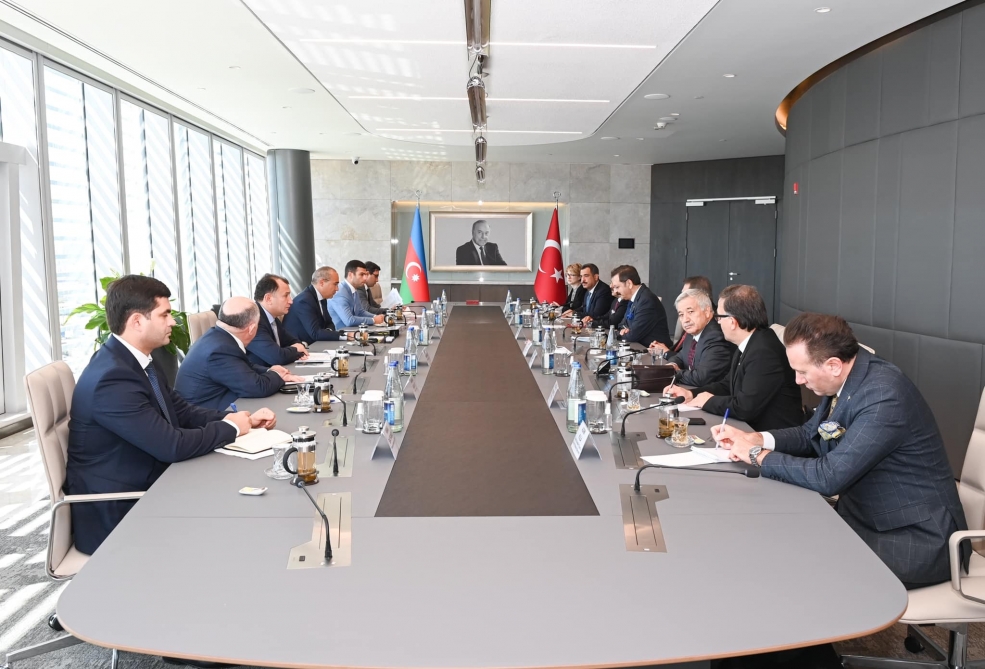 Azerbaijan`s Minister of Economy Mikayil Jabbarov has met with Chairman of the Union of Chambers and Commodity Exchanges of Turkiye Mustafa Rifat Hisarciklioglu.

“During our meeting with Mustafa Rifat Hisarciklioglu, Chairman of the Union of Chambers and Commodity Exchanges of Turkiye, we highlighted the importance of the Shusha Turkish Business Forum held yesterday, and shared our views on expanding trade cooperation, ties between business circles, as well as mutual investments. “Dostlug” Order was presented to Mr. Hisarciklioglu awarded by the Order of the President of the Republic of Azerbaijan,” Mikayil Jabbarov said.