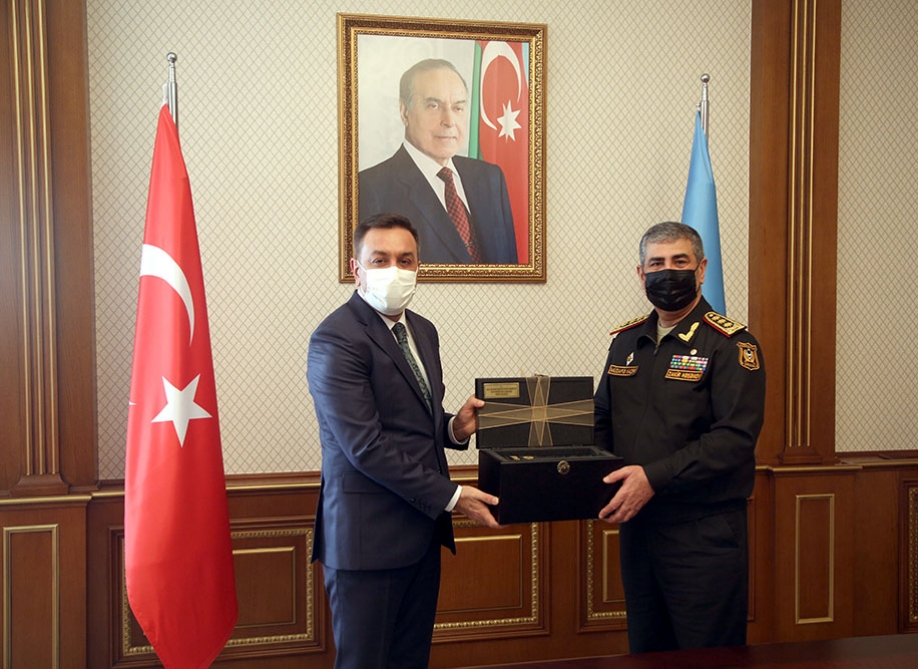 Azerbaijan`s Minister of Defense, Colonel General Zakir Hasanov has met with a delegation led by Deputy Minister of National Defense of the Republic of Turkiye Muhsin Dere, who is on a visit to Azerbaijan.

The Defense Minister stressed that military cooperation between Azerbaijan and Turkiye is steadily developing.

Colonel General Zakir Hasanov mentioned that the sincere relations between the two countries’ presidents also had a positive impact on military cooperation, and noted that the strategic alliance was based on friendly and fraternal ties.

Muhsin Dere stressed the importance of such meetings in terms of expanding mutual cooperation.

The sides exchanged views on exhibiting aviation equipment and participation of the servicemen serving in the Azerbaijan Air Force in the Teknofest 2022, which will be held in Baku.

The sides also discussed prospects for the development of bilateral cooperation between Azerbaijan and Turkiye, as well as the creation of joint working groups in the military-technical sphere and other issues of mutual interest.