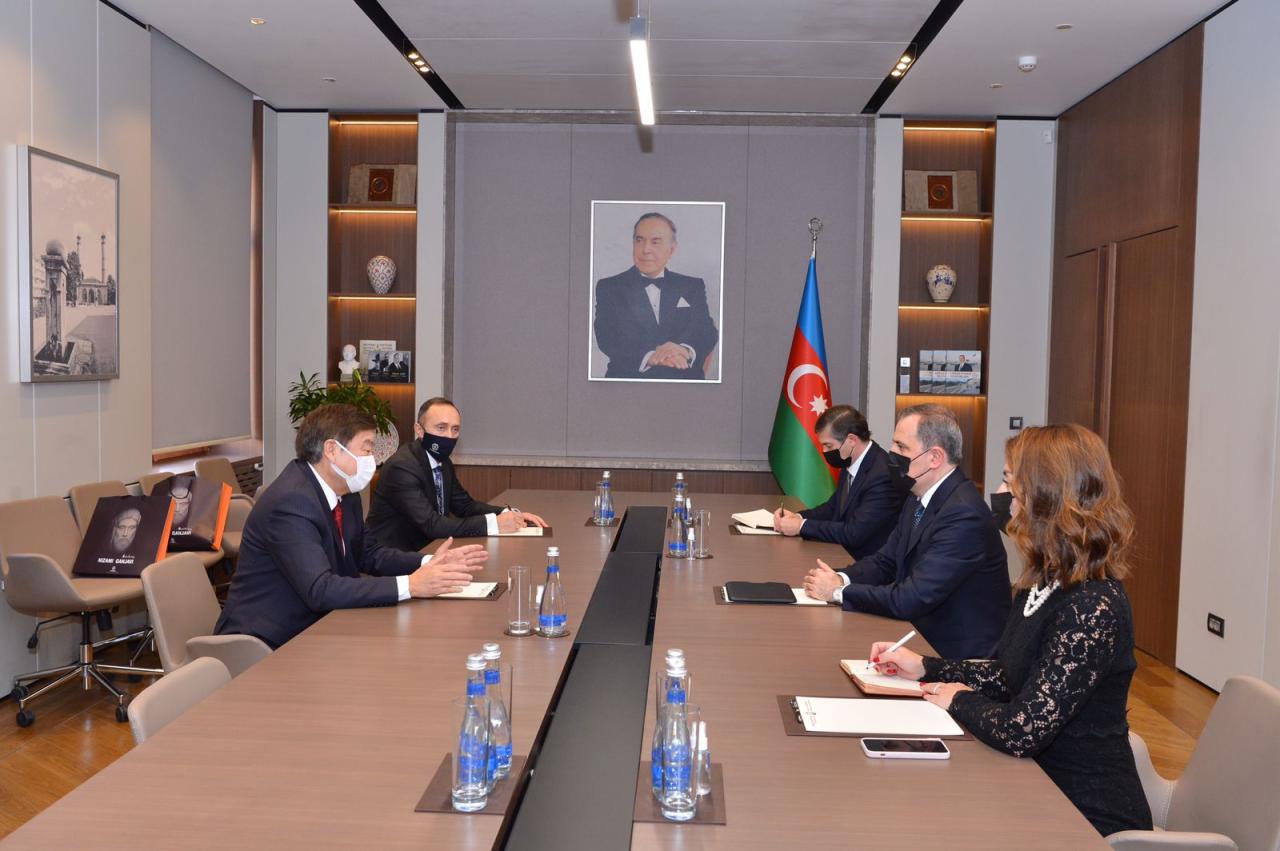 The two officials considered the organization’s activities to promote the common culture of the Turkic peoples.

The secretary-general briefed about measures taken by the organization over the proclamation of the “Year of Nizami” in Azerbaijan. He stated that the events dedicated to the great poet and thinker Nizami Ganjavi’s works will continue until next March.

Additionally, Kaseinov presented Bayramov with a book dedicated to the work of Nizami Ganjavi, published by TURKSOY and a “Nizami Memorial Medallion”.

President Ilham Aliyev signed an order declaring 2021 the “Year of Nizami Ganjavi” in Azerbaijan. The 880th anniversary of the great poet and thinker Nizami Ganjavi will be celebrated in the country this year.

TURKSOY is an international cultural organization of countries with Turkic populations, speaking languages belonging to the Turkic language family.

TURKSOY is the UNESCO of the Turkic World and was established in 1993 upon signature of its founding agreement by the culture ministers of Azerbaijan, Kazakhstan, Kyrgyzstan, Uzbekistan, Turkmenistan, and Turkey.

Since its establishment, TURKSOY has been carrying out activities to strengthen the ties of brotherhood and solidarity among Turkic peoples, transmit the common Turkic culture to future generations and introduce it to the world.