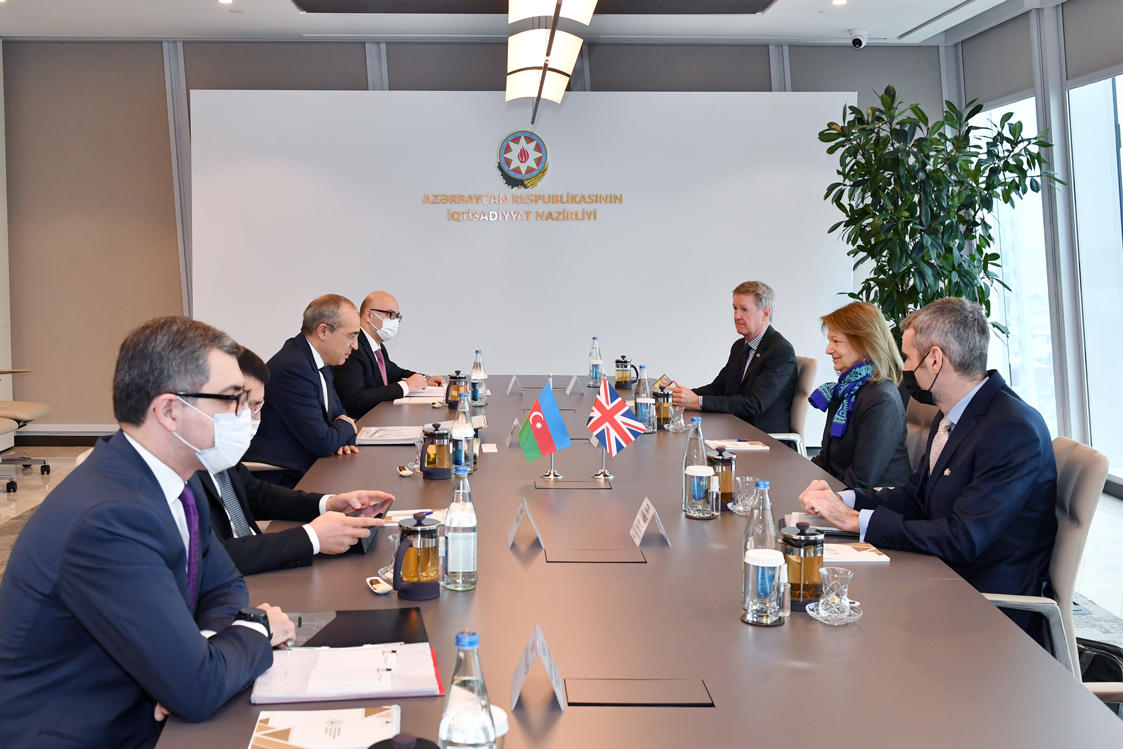 During the meeting, the minister stressed the importance of developing relations between the two countries and expanding ties in various areas of the economy.

Noting that there is effective bilateral trade and investment cooperation, he highlighted that the UK is the biggest investor in Azerbaijan.

Furthermore, the importance of forming a working group between the Economy Ministry and the British Chamber of Commerce and Industry in Azerbaijan to strengthen economic ties was emphasized.

In turn, Baroness Emma Nicholson noted that the UK attaches great importance to the development of trade and economic relations with Azerbaijan. She added that the British companies are interested in participating in projects in Azerbaijan’s liberated territories. In addition, Nicholson noted that the first meeting of the working group between the Economy Ministry and the British Chamber of Commerce and Industry in Azerbaijan will be important in trade and economic relations development.

Furthermore, the first meeting of the working group between the Economy Ministry and the British Chamber of Commerce and Industry in Azerbaijan was held.

The parties briefed on simplifying desk tax audits, optimization of tax reporting, simplifying the process of exemption from taxation of non-residents.

Azerbaijan and the UK are cooperating in different spheres of the economy. There are already 30 years of successful cooperation between the two countries in the oil and gas sector, which entered a new stage of development in line with the challenges of the global energy sector. The energy sector accounts for $ 28.8 billion out of $ 30.6 billion of the UK investments in Azerbaijan’s economy. The UK is also the biggest investor in Azerbaijan.