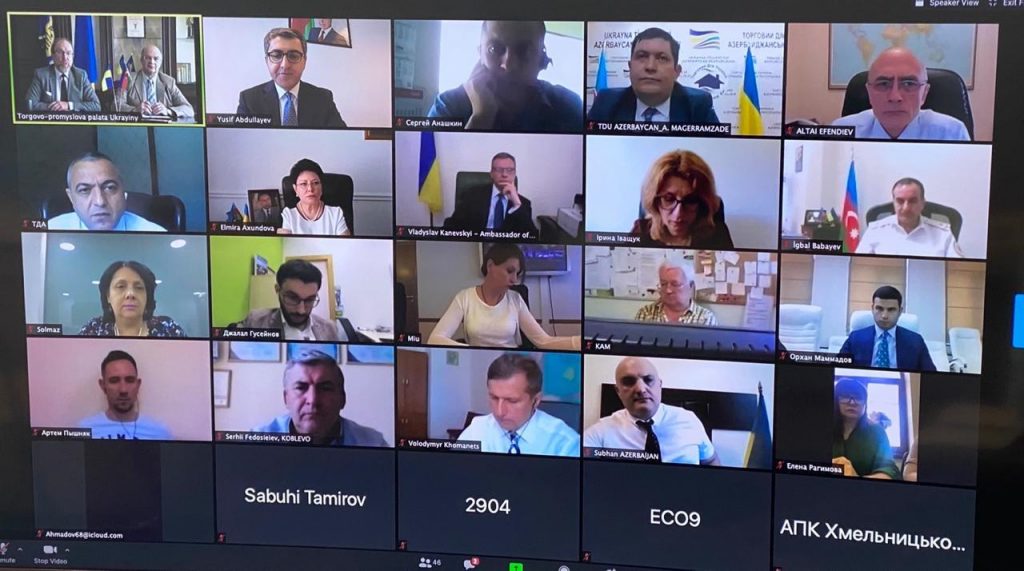 Azerbaijan and Ukraine have discussed development of economic and business relations during a videoconference organized by the Ukrainian Chamber of commerce and industry on June 11.

The videoconference was attended by Azerbaijani Ambassador to Ukraine and Ukrainian Ambassador to Azerbaijan, as well as representatives of government agencies and entrepreneurs who discussed the prospects for expanding economic cooperation between the two countries and the possibility of increasing trade turnover.

President of the Ukrainian Chamber of Commerce and Industry Gennady Chizhikov spoke about Azerbaijani- Ukrainian economic relations, stressing the role of discussions at the videoconference to identify new areas of cooperation between entrepreneurs of the two countries.

Moreover, acting head of the Azerbaijan Export and Investment Promotion Foundation Yusif Abdullayev talked about the reforms implemented in the country to increase non-oil exports, as well as promotion of “Made in Azerbaijan” brand abroad and work done to attract foreign investment.

Additionally, chairman of the Board of the Agency for Small and Medium Business Development (KOBİA) Orhan Mammadov spoke about the measures taken to develop small and medium-sized businesses in the country, the agency’s activities in this area, as well as opportunities for cooperation between SMEs with relevant Ukrainian agencies and business entities.