Baku and Kyiv have signed an agreement on the establishment of the Ukrainian-Azerbaijani Business Council.

The document was signed between Azerbaijan’s Small and Medium-sized Business Development Agency Chairman Orkhan Mammadov and Ukrainian Chamber of Commerce and Industry President Gennady Chizhikov in Baku on June 24.

The council aims to further expand economic and investment ties between Azerbaijan and Ukraine, as well as cooperation between the two countries’ businessmen.

It includes over 70 businessmen and civil servants working in various sectors of the economy.

Addressing the first meeting of the council, Mammadov noted that the Ukrainian-Azerbaijani Business Council was established to continue an effective dialogue between the business communities of the two countries and further develop mutually beneficial economic cooperation.

“We believe that the number of council participants will increase, which will have a positive impact on trade relations between Azerbaijan and Ukraine. Agency will provide the necessary support in the development of a new platform of cooperation and businessmen represented here as part of its support and services,” he said.

In turn, Chizhikov said that such platforms of cooperation are favorable for effective discussions between businessmen and the introduction of new mechanisms of expansion of trade and economic cooperation.

Ukraine Ambassador Vladislav Kanevsky emphasized that the relations between the two countries have been successful in various fields, including economics. He stressed that the establishment of the Business Council will be important for identifying new areas of cooperation and expanding bilateral cooperation in trade, investment and other areas.

During the meeting, a memorandum of understanding was signed between AZPROMO and the Council of Exporters and Investors under Ukraine’s Foreign Ministry. In addition, the Nakhchivan Confederation of Entrepreneurs and Poltava Chamber of Commerce and Industry signed a cooperation agreement.

The meeting continued with bilateral meetings of businessmen. 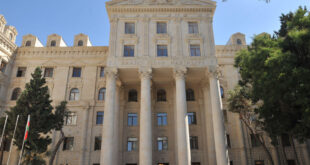 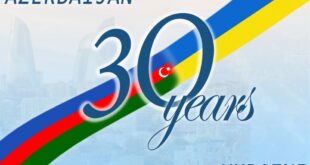