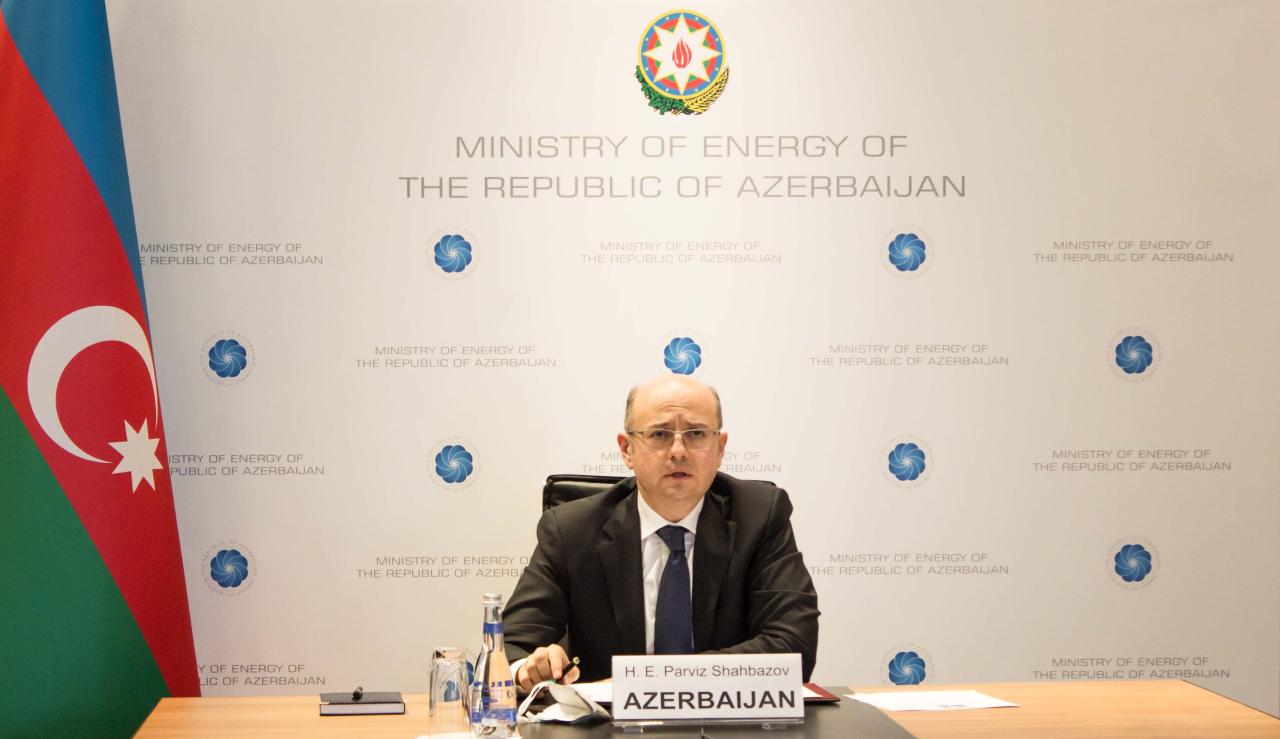 Azerbaijan and the United Kingdom have discussed bilateral energy cooperation in a video conference held between co-chairs of the Joint Intergovernmental Commission on economic cooperation, Energy Minister Parviz Shahbazov and Parliamentary Representative of the Secretary of State and Minister of Export Graham Stuart, the ministry’s press service reported on July 6.

During the meeting, Graham Stuart asked about opportunities for cooperation between Azerbaijan and the United Kingdom on renewable energy amid the impact of the pandemic on the global economy and energy sector, especially on oil prices.

In turn, Shahbazov emphasized the work done in the field of renewable energy, ongoing pilot projects and planned auctions, as well as innovations in the legislative framework.

Furthermore, he stressed the importance of measures taken in the format of OPEC+ to stabilize the oil market and noted that for the first time in history the decision to reduce oil production in large volumes is being implemented.

He added that Azerbaijan’s obligations are fulfilled in the framework of high cooperation with BP and SOCAR.

The minister also highly appreciated BP’s support in improving the operation of small hydroelectric power plants in the country and the efficient use of hydroelectric potential of rivers.

Additionally, the date of the 4th meeting of the Joint Intergovernmental Commission and the documents on cooperation to be signed between the two countries were also discussed.

During the videoconference, measures taken in Azerbaijan to fight against COVID-19, donation of $10 million by Azerbaijan to the World Health Organization, as well as support to a total of 30 countries affected by the pandemic were discussed.

Moreover, the initiative of the President of Azerbaijan, as chairman of the Non- Aligned Movement, on holding a special session of the UN General Assembly, at the level of heads of states and government on the COVID-19 pandemic was brought to the attention.

Previous President Aliyev urges citizens to comply with quarantine rules amid COVID-19
Next CNN: Azerbaijan culinary gateway to the East