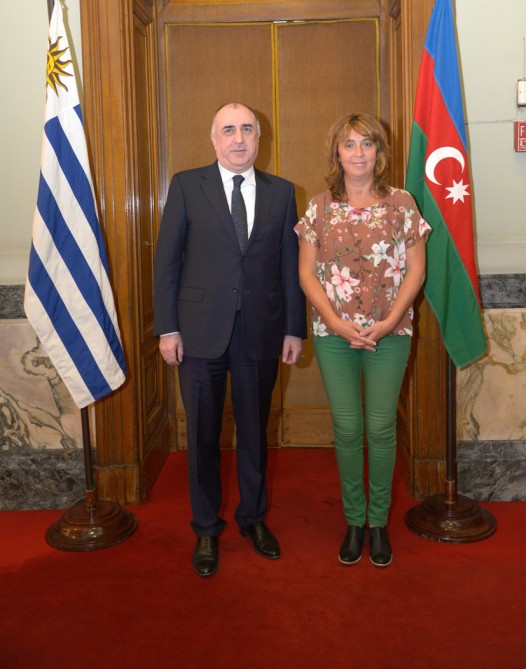 The intensification of bilateral relations between the two countries, in particular the role of the parliament diplomacy was hailed at the meeting. They emphasized that the mutual visits of inter-parliamentary friendship groups of both countries make a significant contribution to bilateral relations.

Praising the development of political cooperation between the two countries, the sides noted the importance of this cooperation covering as well the economic, energy, transport and agricultural fields. Starting the import of the Azerbaijani oil by Uruguay was emphasized in this regard.

During the meeting Minister Elmar Mammadyarov provided an insight into the Armenia-Azerbaijan Nagorno-Karabakh conflict and the current status of the negotiation process on conflict settlement, adding that the provocative actions of the members of the Armenian diaspora in various countries have a negative impact on the peaceful resolution of the conflict.

Senior officials of the Uruguayan Parliament stated that they understand the position of Azerbaijan on the conflict, and expressed their support for the resolution of conflicts within the international law.