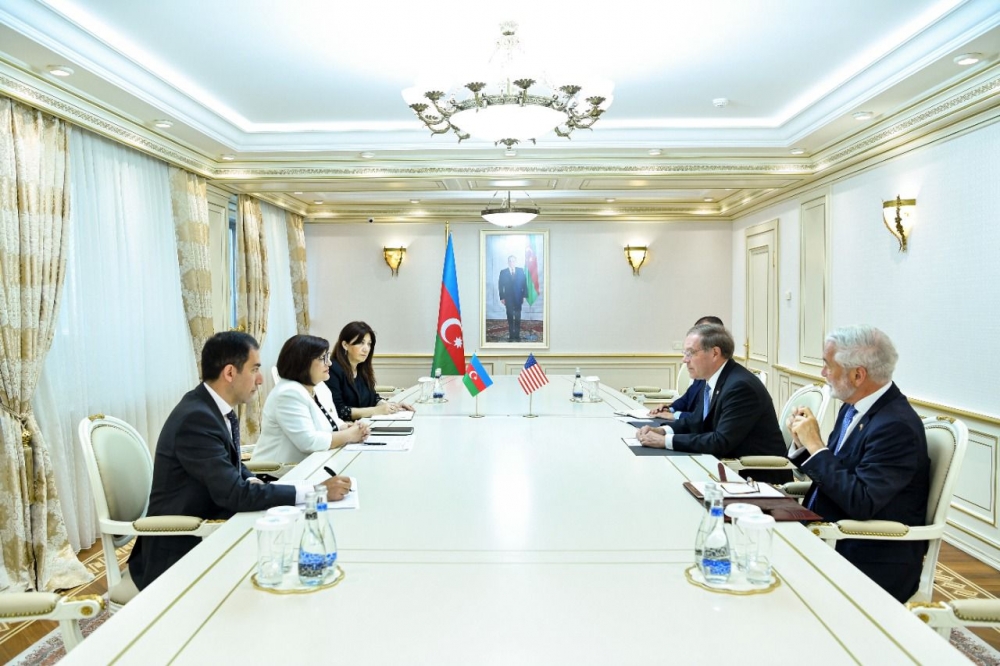 Speaker of Azerbaijan’s Milli Majlis Sahiba Gafarova has today met with the US ambassador to the country Earle Litzenberger.

Speaker Gafarova noted that the year 2022 marks the 30th anniversary of establishment of diplomatic relations between Azerbaijan and the US, saying that the two countries have enjoyed a successful cooperation in various areas over the past years. The Speaker highlighted the enhanced cooperation in the fields of energy security, economy, international counter-terrorism, as well as the US’ support to regional energy projects initiated by Azerbaijan.

Emphasizing the significance of interparliamentary relations, Speaker Sahiba Gafarova noted that the interparlimentary friendship group is successfully operating in the relevant institutions of both countries, holding regular meetings in various formats. Sahiba Gafarova then expressed Azerbaijan’s keenness to enhance cooperation with the US not only at federal level, but also as far as the individual states’ legislatures are concerned.

Touching upon Azerbaijan’s brilliant victory in the 44-day Patriotic War, as well as the new realities ongoing in the region, the Parliament Speaker said: “Azerbaijan has always been committed to peace. Azerbaijan’s victory in the Patriotic War has put an end to nearly 30 years of Armenian occupation, creating new realities in the region. The large-scale and speedy restoration process has been launched to demine the liberated territories and ensure a return of Azerbaijani IDPs to their ancestral lands. We strongly believe that the peace treaty will be signed between Azerbaijan and Armenia to give impetus to further development of the regional countries”.

During the meeting, the sides also exchanged views on other issues of mutual interest.