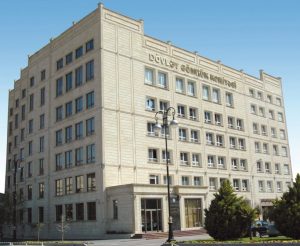 Azerbaijan and US hailed successful development of custom relations, as Safar Mehdiyev, the Chairman of the State Customs Committee (SCC), customs service, lieutenant-general met the delegation led by William Varen, Regional Director for Central Asia Regional Anti-Drug Administration under the US Department of Justice.

According to the press and public relations department of SCC, Safar Mehdiyev emphasized that the strategic partnership and friendly relations between Azerbaijan and US are developing successfully in the customs sphere. He also informed about serious reforms, implemented in the customs system as in all spheres by the President Ilham Aliyev. Safar Mehdiyev told that as a result of these reforms, a more flexible and dynamic customs service has been formed.

The philosophy of the customs system has changed from control to service in order to increase the transit potential of Azerbaijan, to ensure fast, safe and easy access to international trade, the chairman added.

Speaking about the measures taken to ensure transparency and simplification of customs procedures, the Chairman of the Committee underlined the serious achievements reached in combating drug trafficking during the relevant period of the year.

Mehdiyev expressed hope that the 36th International Conference on Fighting Drug Trafficking to be held in Baku on 16-18 April 2019 will make a significant contribution to the work done in the international arena.

In turn, William Varen highly appreciated achievements, measures taken by customs authorities of Azerbaijan in the fight against drug trafficking. He emphasized that the 36th International Conference on Fighting Drug Trafficking to be held in Baku will enhance international cooperation in this area and increase the effectiveness of fighting measures.

Previous Purchase “Nar MiFi” bundle and get up to 6 months of free internet!
Next Azerbaijani chess players to compete at King Salman World Cup in St. Petersburg