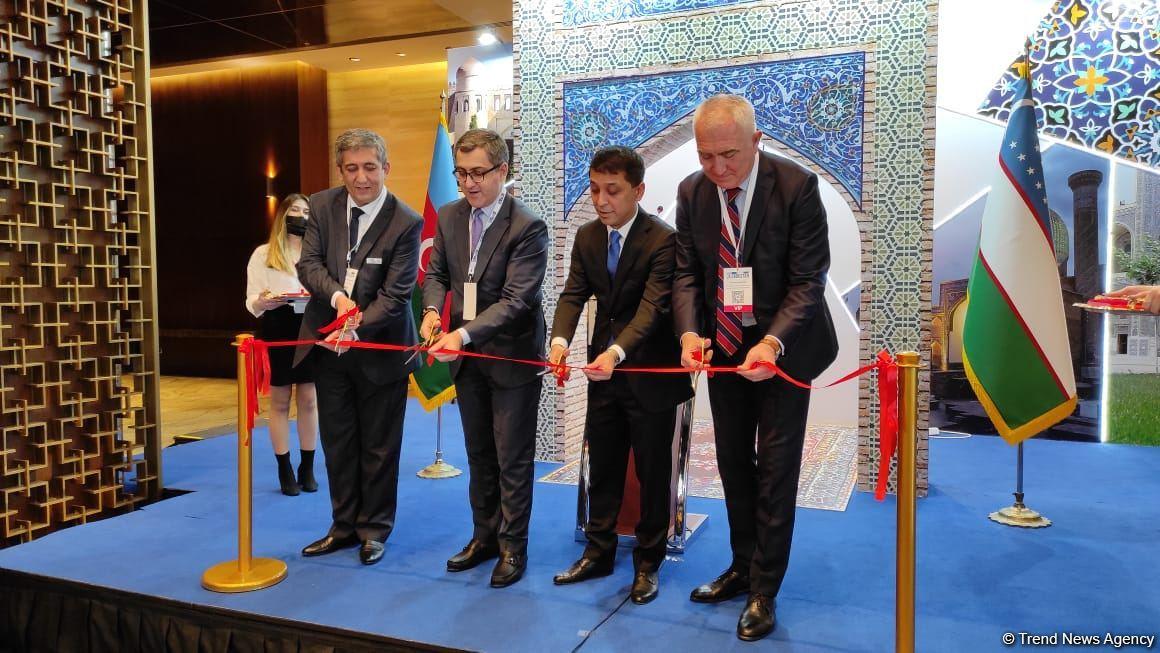 He made the remarks at the opening ceremony of the “Made in Uzbekistan” exhibition on December 15.

“First, it is worth emphasizing the visit to Azerbaijan of representatives of Uzbek companies, who are here for the first time. The development of economic relations, according to this model, began in 2010. At such exhibitions, we mutually present our goods both in Uzbekistan and in Azerbaijan,” he said.

Counselor to the Uzbek embassy in Azerbaijan Makhumadzhan Baturaliyev said that Uzbekistan aimed to further develop a mutually beneficial partnership with Azerbaijan.

The current exhibition will become a significant event in the promotion of bilateral trade and economic ties, he said.

“I would like to wish our business circles successful negotiations and effective signing of contracts,” Baturaliyev added.

He emphasized the need to create new non-competitive mechanisms for the export of goods to the markets of third countries.

“Azerbaijan is known for oil and gas, but we consider it extremely important to promote non-oil exports. Last month, we took part in the negotiations of the ministers of economies of the Turkic-speaking countries, discussed current challenges and upcoming steps to develop bilateral cooperation,” he said.

It should be noted that representatives of more than 80 Uzbek companies have visited Azerbaijan within the framework of the “Made in Uzbekistan” brand.

The main goal of this exhibition is to strengthen and establish sustainable cooperation on export-import and economic relations between Uzbekistan and Azerbaijan. The representatives of Uzbek companies operating in the agricultural, machine-building sector and a number of others visited Azerbaijan.

Besides, it is planned to hold B2B meetings, as well as discuss mutual investment in the economies of both countries.

It should be noted that the volume of trade turnover between Azerbaijan and Uzbekistan increased by 13 percent to $80 million last year despite COVID-19. Presently, 195 Azerbaijani enterprises are represented in Uzbekistan, 69 of which have joint capital and 126 of them have 100 percent Azerbaijani capital.

The trade turnover between the two countries amounted to $84.7 million in the first 10 months of 2021.