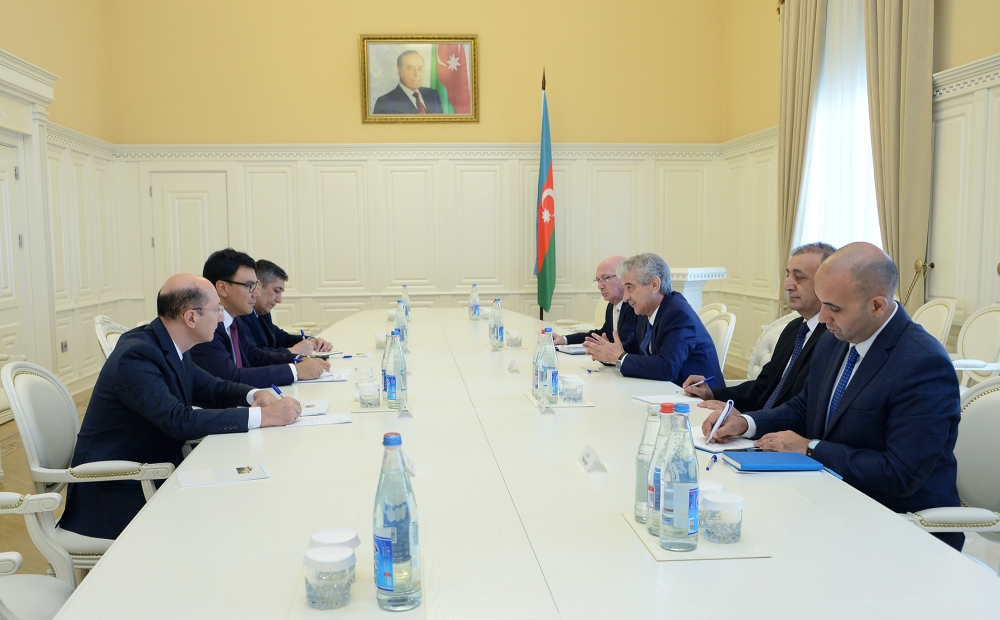 Azerbaijan and Uzbekistan have explored ways of developing the bilateral ties as Deputy Prime Minister of Azerbaijan Ali Ahmadov met with his Uzbek counterpart Aziz Abdukhakimov.

“Azerbaijan and Uzbekistan enjoy high-level relations of friendship. We believe that these ties will continue to develop and strengthen in the future,” said Ali Ahmadov.

The deputy prime minister highlighted the international events hosted by Azerbaijan as well as the country`s accomplishments in the filed of economy.

Aziz Abdukhakimov praised relations between the two countries. He commended Azerbaijan for successfully hosting numerous international events, including the ongoing 43rd session of the World Heritage Committee in Baku.