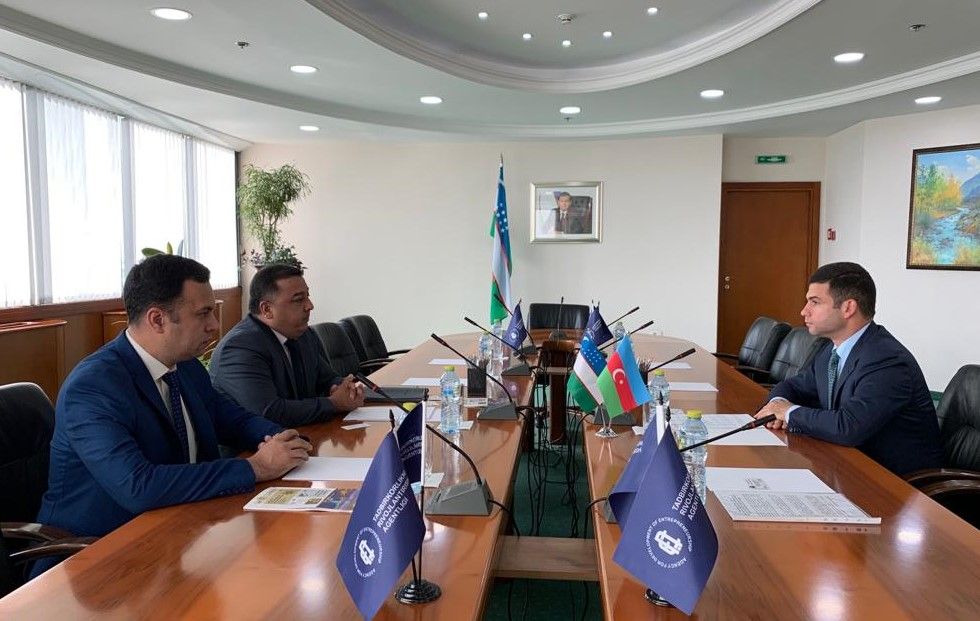 Azerbaijan and Uzbekistan have discussed ways for boosting cooperation and addressed the support provided to SMBs, Azernews reports.

During the meeting, the parties also discussed the small and medium business activities in both countries.

To recall, an Azerbaijani-Uzbek business forum was held in Tashkent on June 20 ahead of the visit of President Ilham Aliyev to Uzbekistan. Within the forum, a number of cooperation documents were signed between the two countries.

In this regard, a memorandum of understanding on cooperation between Azerbaijan’s Agency for Small and Medium Business Development and Uzbekistan’s Chamber of Commerce and Industry was signed. The document was signed by the agency’s chairman Orkhan Mammadov and the chamber’s head Davron Vakhabov.

According to the memorandum, the sides will inform each other about trade and investment opportunities of the two countries, support and promote the development of bilateral relations between SMBs, and organize mutual business missions.

Additionally, during the visit of President Ilham Aliyev to Tashkent, the two countries’ presidents signed the “declaration on the deepening of strategic partnership and expanding comprehensive cooperation between Azerbaijan and Uzbekistan”. At the same time, various cooperation documents were also signed in the presence of Ilham Aliyev and Shavkat Mirziyoyev.

The volume of trade turnover between Azerbaijan and Uzbekistan amounted to $111.9 million in 2021. Presently, around 195 Azerbaijani enterprises are represented in Uzbekistan, 69 of which have joint capital and 126 of them have 100 percent Azerbaijani capital.