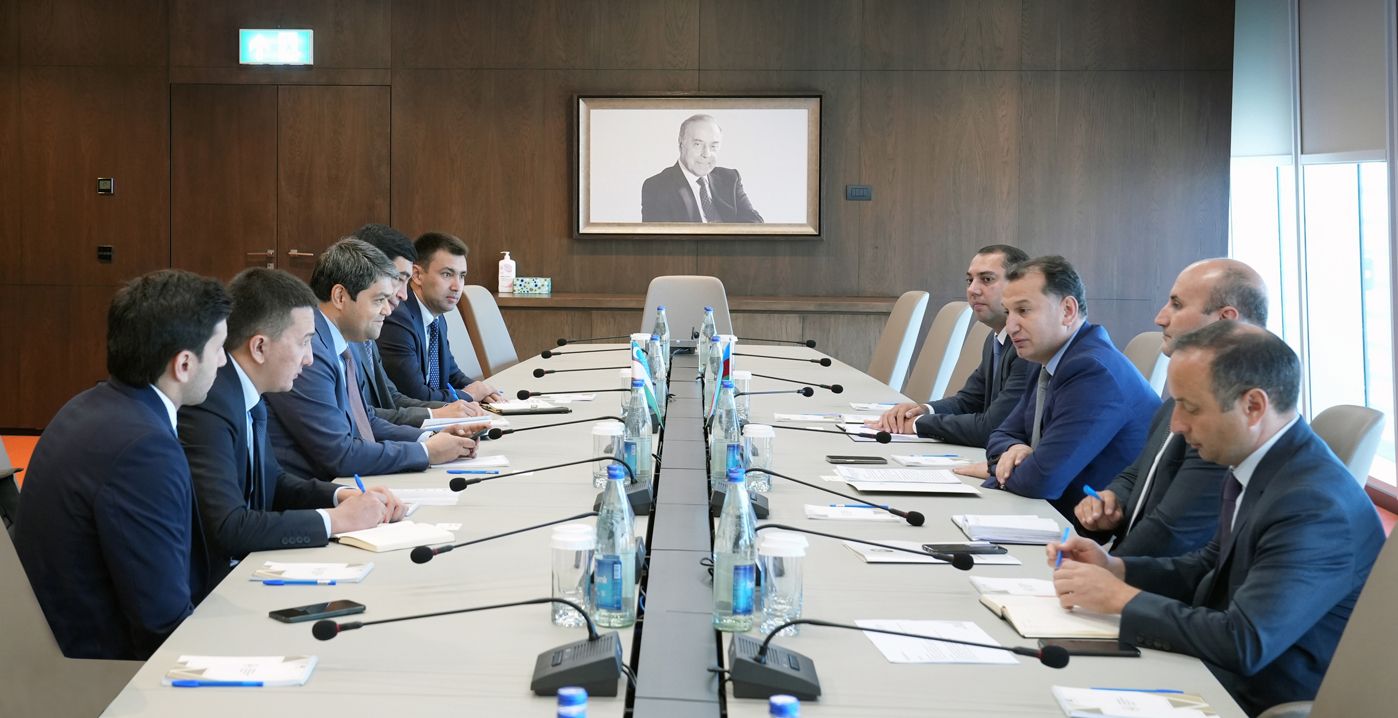 Azerbaijan and Uzbekistan have discussed possibilities of increasing trade turnover and joint exports of goods to other countries, Azernews reports.

During the meeting, the parties stressed that great importance is attached to the expansion of economic relations between the two countries. The parties discussed directions of development of relations and possibilities of strengthening cooperation.

It was noted that mutual visits and meetings are of great importance in expanding cooperation. In this regard, they added that the joint intergovernmental commission is also a convenient platform for developing partnerships.

Moreover, the sides discussed issues of exports of Uzbek products using Azerbaijan’s transit and transport capabilities, as well as the possibility of participation of Azerbaijani companies in projects implemented in Uzbekistan.

Additionally, Uzbekneftegaz First Deputy Board Chairman Behzod Usmanov shared his views on opportunities for cooperation in the energy sector, especially in the sector of renewable energy sources.

The friendly relations between the two countries are based on shared values ​​and historical ties, as well as a number of joint statements and agreements signed during bilateral visits and meetings.

The volume of trade turnover between Azerbaijan and Uzbekistan amounted to $111.9 million in 2021.