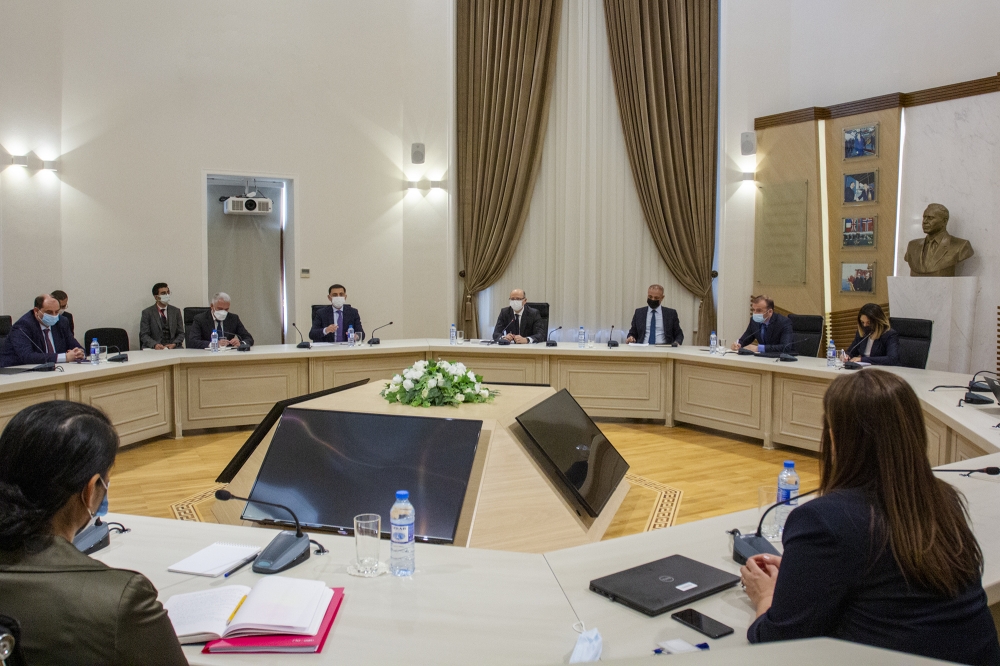 Azerbaijani Minister of Energy Parviz Shahbazov has met with the Mission led by Regional Director for infrastructure of the World Bank Group Charles Joseph Cormier, who is on a visit to Baku.

At the meeting, it was noted that one of the important directions of the World Bank’s multifaceted cooperation with Azerbaijan is energy, and the bank’s continuous support for energy projects of regional and international importance implemented by Azerbaijan.

During the meeting, discussions were held on the roadmap for offshore wind energy production, the development of the electricity market in Azerbaijan, energy efficiency, long-term energy and climate-related plans of the country, as well as new cooperation opportunities. It was emphasized that all these areas covered the decarbonization process and aimed at reducing carbon emissions to 40 percent by 2050. At the same time, it was noted that the ongoing and planned renewable energy projects contribute to the global energy transition of the country at the national level and create new opportunities for energy supply of the country`s partners.

Energy Minister Parviz Shahbazov said that Azerbaijan is moving forward with confident steps in the direction of smart and discreet energy transition. “In this regard, the measures to become a country of green growth, which is defined by the head of state as one of the main criteria of socio-economic development, play an important role. As with the example of the Southern Gas Corridor project, with the use of offshore wind energy potential on the basis of our cooperation, we can export green energy to Europe in various forms and routes.”

The importance of the Black Sea submarine power and digital connectivity project between Azerbaijan, Georgia and Romania for the transportation of “green” electricity in the future was mentioned. The implementation of the project was considered in the context of cooperation with the World Bank.

During the conversation, the sides exchanged views on each of the issues on the agenda of cooperation with the World Bank.

During the visit of the World Bank Mission on Energy and Infrastructure to Azerbaijan, discussions on the development of offshore wind energy, potential ways of decarbonization for the energy sector, planning and implementation of decarbonization, liberalization of the electricity market and energy efficiency are planned.