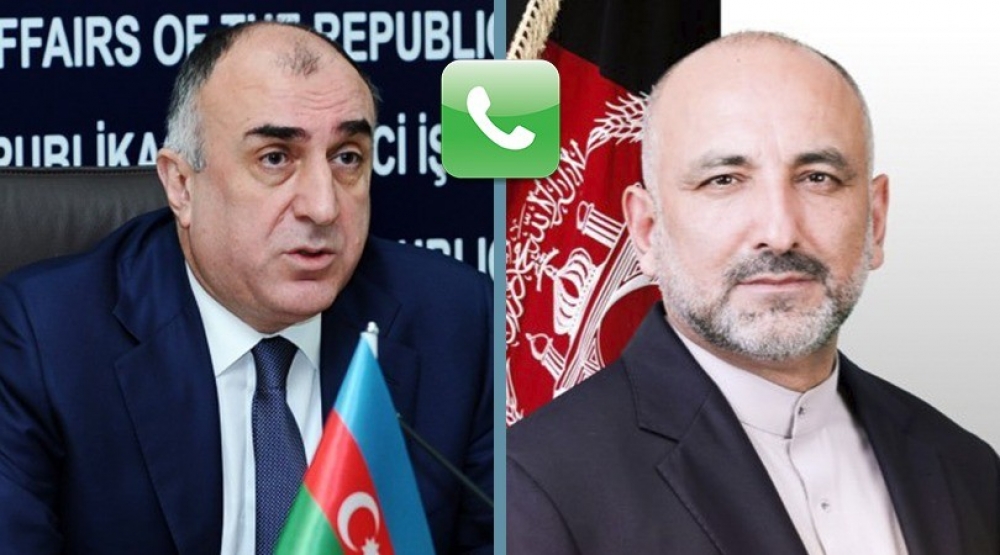 On May 31, Azerbaijan`s Foreign Minister Elmar Mammadyarov had a telephone conversation with his Afghan counterpart Mohammad Haneef Atmar.

Minister Atmar expressed that his country at the level of the Head of State attaches great importance to expanding the bilateral cooperation relations. He noted with satisfaction Azerbaijan’s support for international efforts to ensure security in Afghanistan, as well as the participation of the Azerbaijani peacekeepers in the framework of the “Resolute Support” Mission, and expressed gratitude to the Azerbaijani side for its contribution. The Afghan FM congratulated Azerbaijan for the successful chairmanship in the Non-Aligned Movement.

On his behalf, Minister Elmar Mammadyarov noted that the Azerbaijani side is interested in developing cooperation with Afghanistan on both bilateral and multilateral platforms. Touching upon the online Summit-level meeting of the Non-Aligned Movement Contact Group with the initiative of the President of the Republic of Azerbaijan under the theme of “We are together against COVID-19” on May 4, 2020, the minister noted the proposal of Azerbaijan on holding a special session of the UN General Assembly under the same theme. It was noted that the chairmanship of Azerbaijan aimed at strengthening solidarity within NAM and increasing the role of the Movement, continues in accordance with the identified priorities and taking into consideration the current global issues.

The parties also exchanged views on the existing opportunities for cooperation between the two countries in political, economic, trade and transport spheres. They noted the strategic importance of the Lapis-Lazuli transport corridor and stressed the importance of discussions at the level of relevant Working Groups to strengthen cooperation in this context.

At the same time, it was noted that the construction of a Fiber Optic cable line along the bottom of the Caspian Sea could be a new component of support for the Lapis-Lazuli project.

Considering the possibility of expanding economic and trade cooperation, the sides noted the existing opportunities to ensure the sustainability of mutual trade relations.

The ministers also stressed the importance of strengthening the legal and treaty basis of the relations between the two countries.

The sides also exchanged invitations for reciprocal visits after the end of the global pandemic.