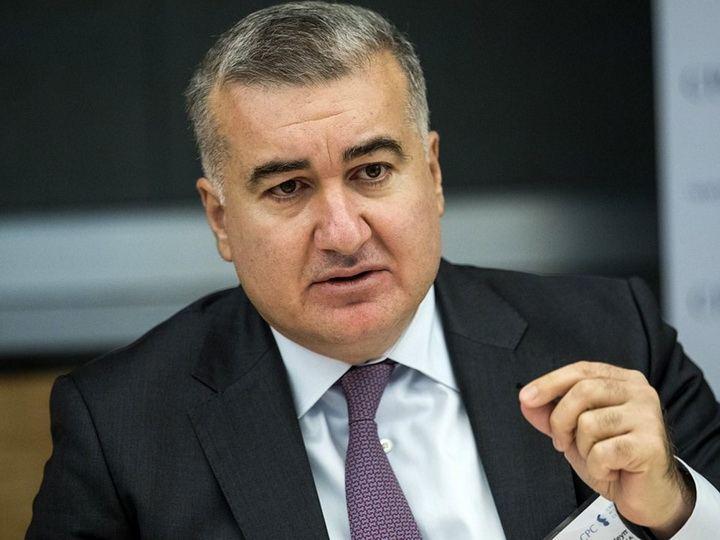 Popular US radio host John Batchelor and grandson of US President Richard Nixon, political analyst Christopher Nixon Cox, had an interview with Azerbaijani ambassador to the US, Elin Suleymanov on September 16, which was broadcast from New York in the “The John Batchelor Show” radio program, Trend reports referring to the Azerbaijani embassy in the US.

During the interview, Suleymanov stressed that he took part in the signing ceremony of the Abraham Accords Peace Agreement on September 15, 2020, organized at the White House.

The ambassador said that Azerbaijan has always been a supporter of promoting intercultural and interreligious harmony and dialogue in the world.

The ambassador said that Azerbaijan, as a country in which the overwhelming majority of the population professes Islam, was able not only to participate in the discussion and solution of important issues for the Islamic world but also to establish normal diplomatic relations with Israel.

Suleymanov stressed that in this sense Azerbaijan can serve an example for many countries.

The ambassador stressed that Azerbaijan is a supporter of a two-state solution to the Israeli-Palestinian conflict.

Focusing on the military clashes on the Armenian-Azerbaijani border, Suleymanov stressed that as a result of Armenia’s recent military provocation during July events, 11 Azerbaijani servicemen and one civilian were killed.

The ambassador added that Armenia continues being the threat to peace and security in the region.

Stressing that the supply of arms to Armenia by Russia causes great concern in Azerbaijan, the Azerbaijani ambassador to the US added that currently, Azerbaijan and Russia are holding discussions to clarify this issue.

The ambassador stated that the activity of the OSCE Minsk Group, which is co-chaired by the US, France, and Russia, is passive, the co-chairing countries did not show sufficient activity to achieve peace between Armenia and Azerbaijan.

Suleymanov stressed that Armenia is resettling the Armenians from Syria and Lebanon to the occupied Azerbaijani territories, thereby trying to change the demographic situation in these territories.

Stressing that US President Donald Trump has recently achieved several peace agreements, Christopher Nixon Cox wondered what kind of contribution the US side can make for the settlement of the Armenia-Azerbaijan Nagorno-Karabakh conflict.

In response, Suleymanov replied that the US leadership, together with the counterparts from France and Russia, can achieve the peaceful settlement of the conflict based on international law and the principle of justice for the sake of the future of the Azerbaijani and Armenian people, thereby ensuring the interests of the US itself.