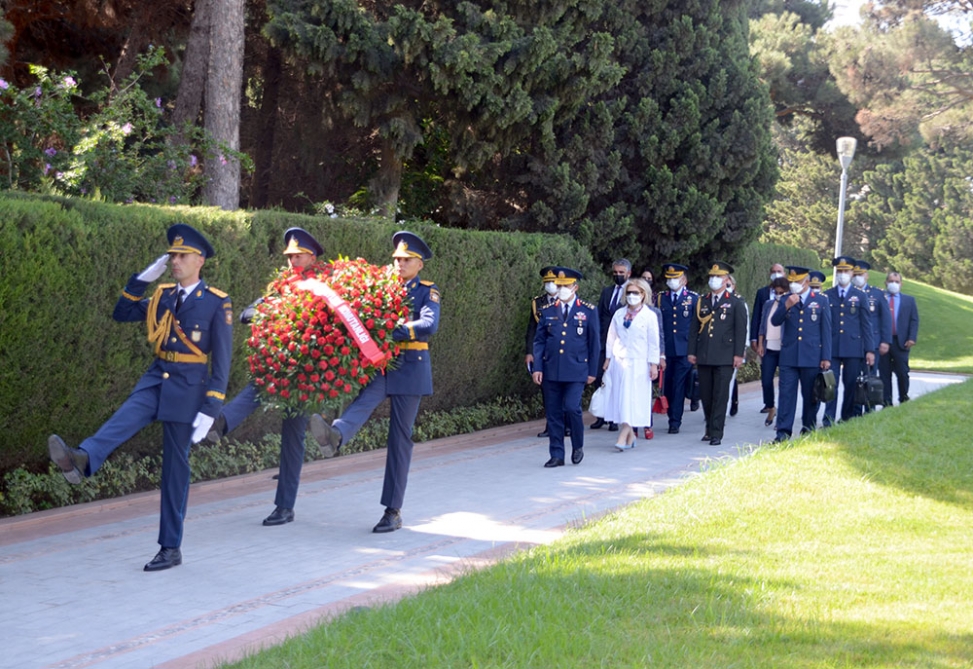 The Turkish delegation first visited the grave of national leader Heydar Aliyev in the Alley of Honors and laid flowers at his grave. They also visited the Alley of Shehids, laid wreaths and flowers at the graves of the heroic sons of the Motherland, who sacrificed their lives for the independence and territorial integrity of Azerbaijan, and at the monument erected in honor of the Turkish soldiers fallen in 1918.

Lieutenant General Ramiz Tahirov stressed that the development of cooperation in the sphere of military aviation and relations between the Air Forces of the two countries contribute to further strengthening the combat capability of the armies.

Army General Hasan Kucukakyuz congratulated the Azerbaijani people on the victory in the Patriotic War, wished the mercy of Allah Almighty to the souls of all servicemen and civilians who died as Shehids and healing to the wounded.

During the meeting, the current state and expansion of relations between the Air Forces of Azerbaijan and Turkey were discussed, as well as exchange of views on the prospects for the development of cooperation in the military, military-technical and military-educational spheres was held.

Previous Azerbaijan, Kazakhstan mull implementation of joint projects
Next US welcomes release of Armenian detainees in exchange for information to facilitate demining in Azerbaijan