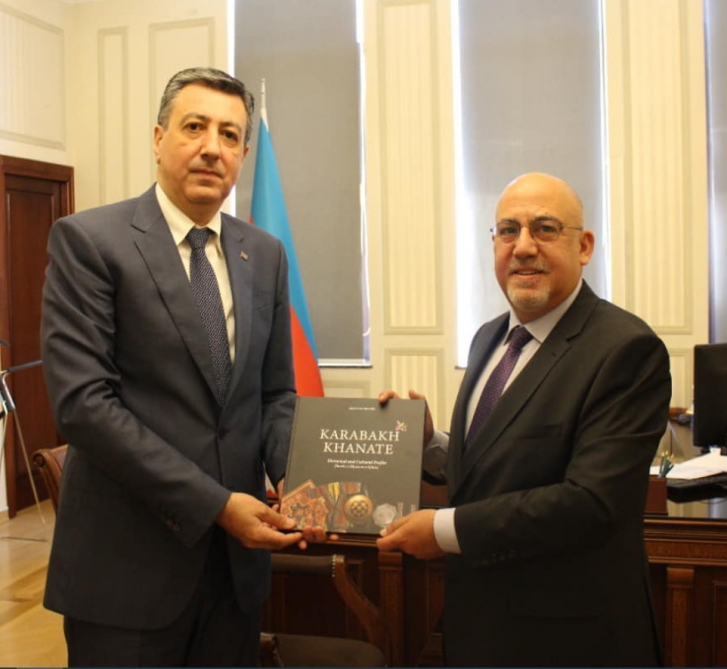 Faig Guliyev congratulated Ali Kaan Orbay on his appointment as the Turkish ambassador to Georgia.

Guliyev highlighted the close cooperation between the diplomatic missions of Azerbaijan and Turkiye in Georgia, expressing his confidence that these traditions of brotherhood will be further continued.

Turkish Ambassador Ali Kaan Orbay noted that after the presentation of his credentials to the President of Georgia, the first meeting within the diplomatic corps accredited in Tbilisi is held at the Embassy of Azerbaijan.

The sides also exchanged views on the processes taking place in the context of new realities emerged in the region.