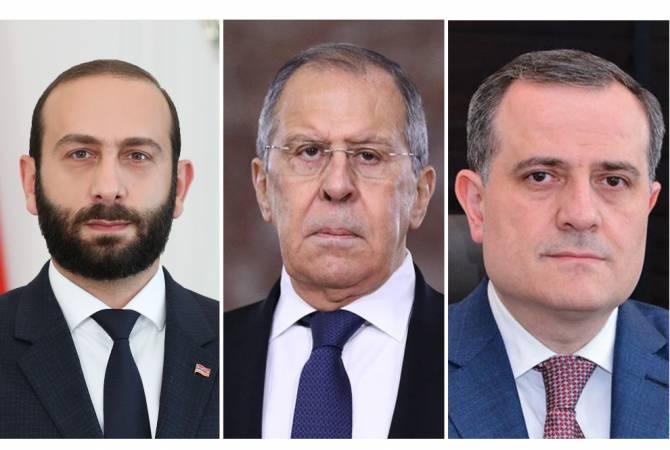 “A meeting of the foreign ministers of Armenia, Russia, and Azerbaijan is planned in Dushanbe on May 12-13,” Armenian Foreign Ministry Spokesperson Vahan Hunanyan said.

As reported earlier, the Azerbaijani minister left for Dushanbe to attend a meeting of the CIS Council of Foreign Ministers on May 12.

Bayramov is planned to hold a number of meetings during the visit, the ministry said.

The meeting was held as a follow-up to the discussions on the situation in the South Caucasus region and the development of EU relations with both nations.

The leaders took stock of developments since their last meeting in Brussels in December 2021 and their videoconference meeting, together with French President Emmanuel Macron, in February 2022. They reviewed progress on the implementation of undertaken commitments. The leaders discussed the recently reported tensions and reiterated the need for adhering fully to the provisions of the November 10, 2020, trilateral statement.

Both Aliyev and Pashinyan have expressed willingness to work quickly toward a peace agreement between their countries. To that end, it was decided to instruct foreign ministers to begin work on drafting a future peace treaty that would address all of the issues.

At the same time, it was also agreed to convene a Joint Border Commission by the end of April, of which the mandate will be to delimit the bilateral border between Armenia and Azerbaijan and ensure a stable security situation along and in the vicinity of the border.