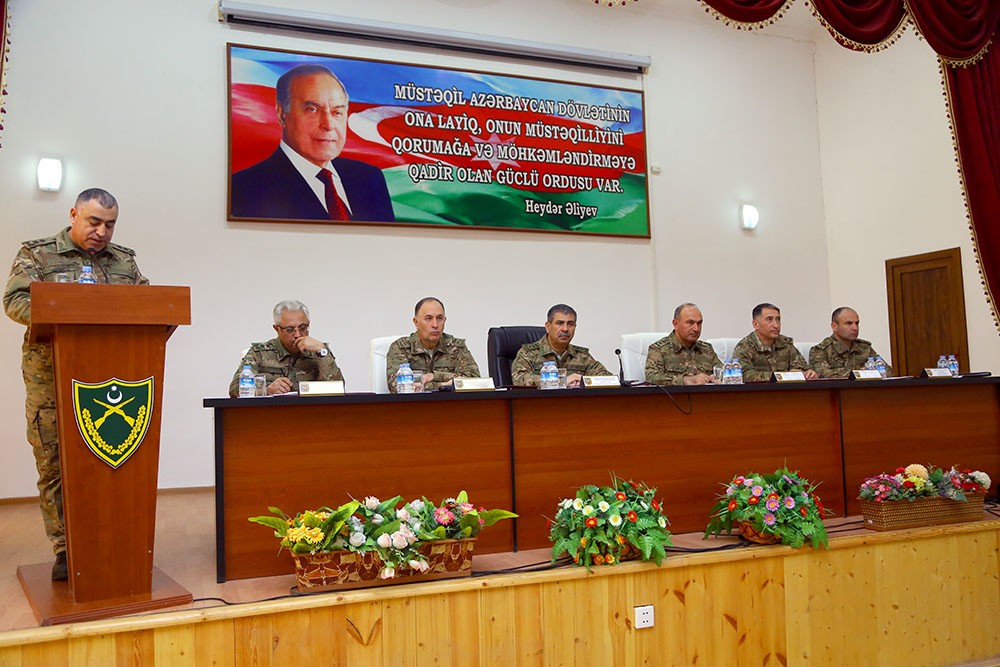 The session of the board of the ministry was held following large-scale exercises conducted in accordance with the plan approved by Supreme Commander-in-Chief of the Armed Forces Ilham Aliyev.

Minister of Defense Colonel General Zakir Hasanov delivered a speech on the “Clarifying the tasks of the Azerbaijan Army in the 2019” at the session of the Board held with the participation of the ministry’s leadership, commanders and chiefs of staff of Army Corps and formations, as well as other officials.

After analyzing the results of the exercises, Zakir Hasanov stressed that all the assigned tasks were fully implemented and according to the exercises’ plan, the troops successfully completed large-scale military operations.

The minister noted that during the exercises, the commanding strength and operational training of the troops were improved and upgraded to a new level. The staffs successfully completed all the assigned tasks.

The defense minister hailed the ability of the command staff in the management of the troops involved in the exercises and the fighting spirit of the servicemen.

Zakir Hasanov, stressing the significance of the exercises held, once again brought to the attention of the participants of the session of the Board tasks assigned by the Supreme Commander-in-Chief to the Azerbaijan Army.

Previous Azerbaijan, Cambodia hold political consultations
Next “Love and Death” ballet to be staged in Baku 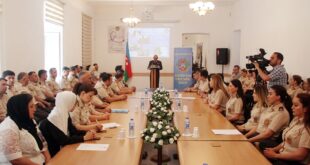 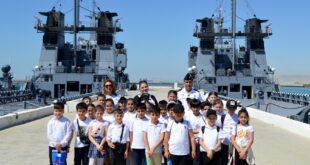 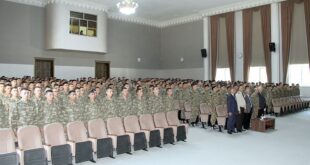