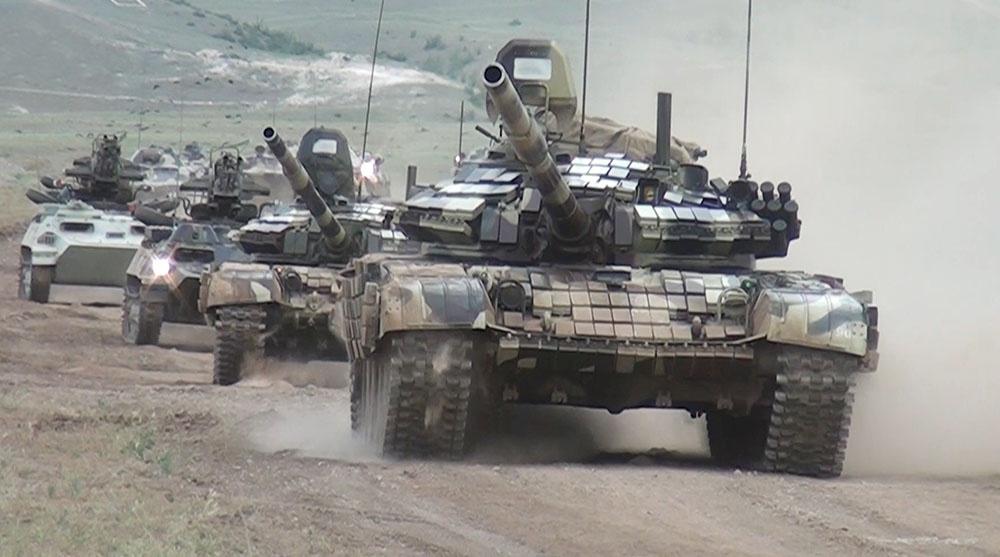 In accordance with the combat training plan for 2020 approved by the Minister of Defense, Azerbaijan Army’s units have held exercises in mountainous terrain, the ministry reported on June 22.

Thus, military exercises have been conducted in order to work out tasks for planning and conducting offensive operations in mountainous terrain.

According to the information provided by the ministry, the military drills included up to 800 servicemen, about 100 units of the armored fighting vehicle and other vehicles, about 40 artillery mounts of various calibers, 6 combat and transport helicopters.

The ministry noted that the purpose of the exercise was to improve the combat skills of commanders in mountainous terrain.

Besides, conducting the exercise have been aimed at managing units during offensive operations in the mountains, checking the physical endurance of military personnel, and organizing the interoperability of units.

“The units that have been put on alert successfully completed the task of capturing reserve area, mountain passes, and dominant heights, as well as creating favorable conditions for the offensive operation of the main forces”, the ministry said.

As part of the final stage of the drill, combat firing has been held.