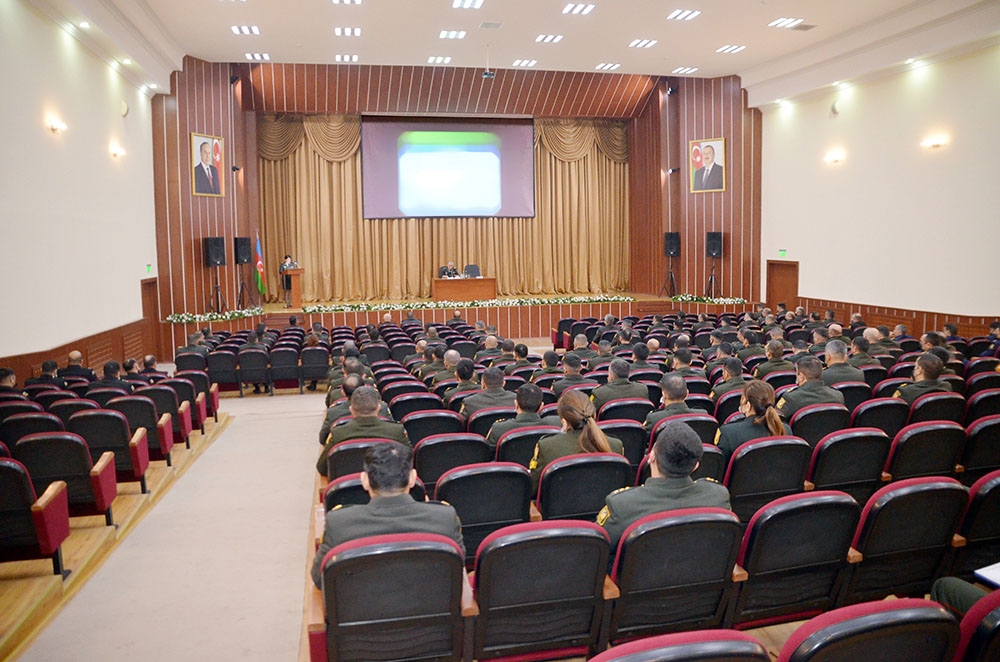 In accordance with the plan for 2022 approved by Minister of Defense, Colonel General Zakir Hasanov, training-methodological sessions were conducted with the staff of the personnel bodies of the army corps, formations, military units, and special educational institutions.

At first, the blessed memory of national leader of the Azerbaijani people Heydar Aliyev, and compatriots, who became Shehids (Martyrs) for the independence and territorial integrity of Azerbaijan, was honored with observing a minute of silence. Then the national anthem of the Republic of Azerbaijan was performed.

It was emphasized that the reforms, carried out in the Azerbaijan Army under the leadership of President of the Republic of Azerbaijan, Supreme Commander-in-Chief of the Armed Forces Ilham Aliyev, continue and are constantly in the spotlight of the Defense Ministry leadership.

Stressing that 2021 was a successful year for the country and the army, the chief of the department noted the improvement of the organizational and staff structure for the transition of the Azerbaijan Army to a new stage of development in accordance with the model of modern armies.

Noting that the recruitment of the Azerbaijan Army with qualified personnel with strategic thinking to maintain a high level of combat capability, the formation, development and effective use of professional military personnel is one of the main tasks of management bodies at all levels, including employees of personnel bodies, the chief of the department emphasized that successes have been achieved and the personnel management system has been improved.

Major General Khalilov brought to the attention of the participants the main tasks for 2022.

At the meeting, the officers responsible for personnel affairs of the Azerbaijan Army also made reports on the activities carried out in the field of personnel training and complexing for the maintenance of the combat capability of the army at a constant high level.