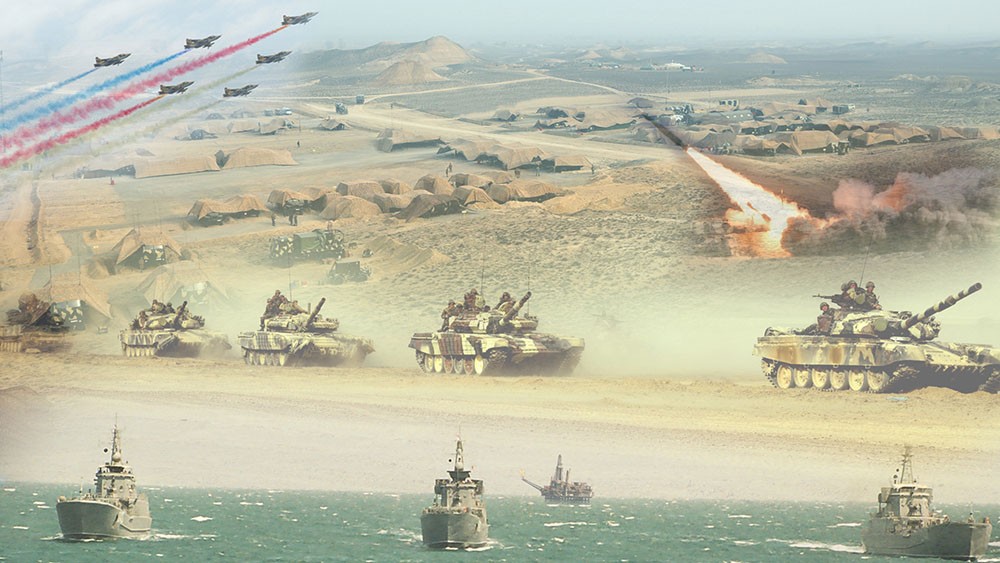 Azerbaijan`s Ministry of Defense has said the Armed Forces will conduct large-scale exercises next week.

“In accordance with the plan approved by the President of the Republic of Azerbaijan, Supreme Commander-in-Chief of the Armed Forces Mr. Ilham Aliyev, large-scale exercises will be conducted under the supervision of Minister of Defense from 11th to 15th of March,” the ministry said.

“The exercises will involve up to 10,000 military personnel, up to 500 tanks and other armored vehicles, up to 300 missiles and artillery systems of different caliber, multiple launch rocket systems, and mortars, up to 20 army and front-line aviation for various purposes.”

“In the course of the exercise, troops will fulfill tasks in preparing an offensive operation, striking an imaginary enemy in several directions, breaking through his defense and defeating military groups, as well as launching missile and artillery strikes against military and strategic targets located in the enemy’s defensive depth.

At the same time, combat firing will be carried out in training centers and combined-arms ranges using new weapons systems, including the practical launch of missiles,” the Ministry of Defense said.

Previous Tehran-Baku ties deepening according to both nations’ wish, President Rouhani
Next Heydar Aliyev Park to be built in Bishkek