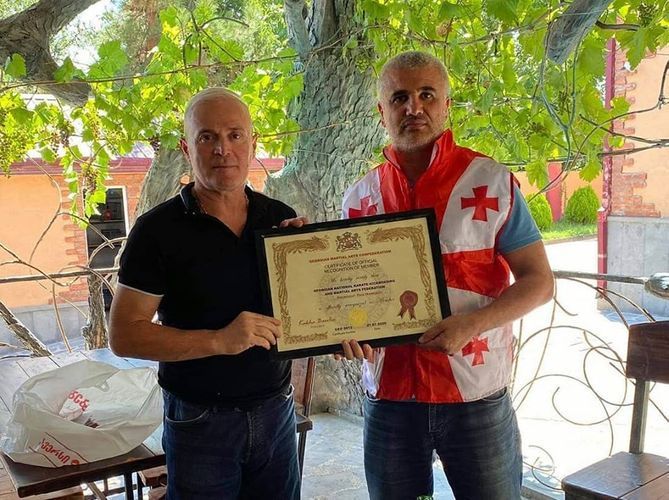 Athlete Faig Mammadov from the Marneuli region of Georgia, where Azerbaijanis live, has been appointed president of the Georgian Kickboxing and Karate Federation, APA‘s Georgian bureau reports.

The 43-year-old sportsmen was a vice-president of the Georgian Taekwondo Federation and also headed the Sayokan Federation, which he founded.

He said he planned to hold new competitions and take young athletes to high-level competitions.

It should be noted that Mammadov, who has a 31-year career as a professional athlete, has 4 world champions and 1 European champion.