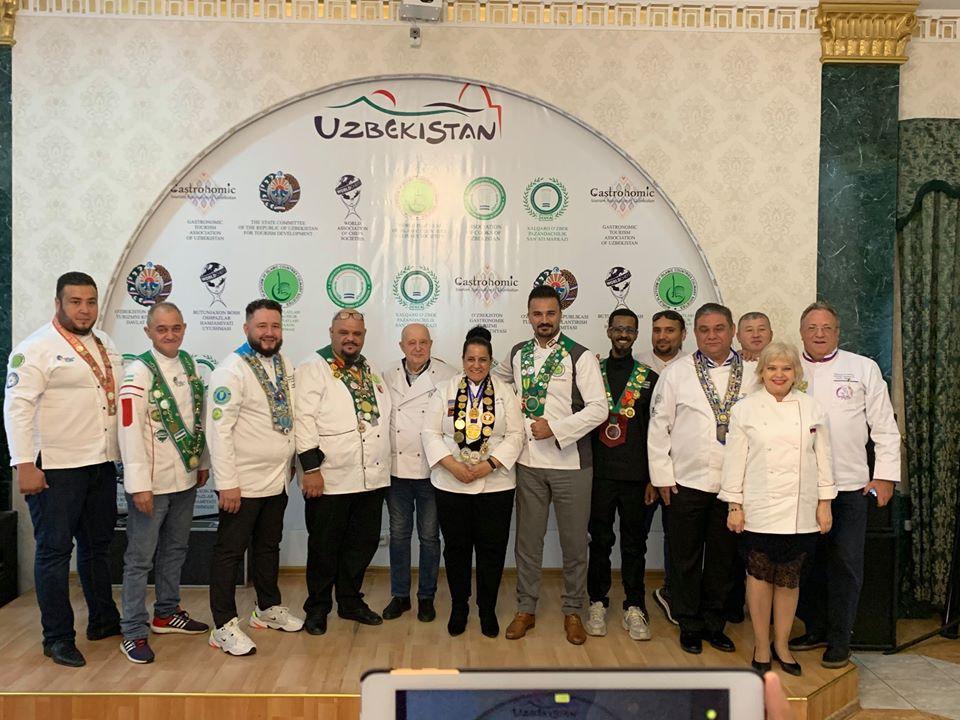 The championship was held in Tashkent, bringing together representatives of 30 countries, Trend Life reported.

The culinary championship was sponsored by the World Association of Chefs’ Societies (WACS) and the World Platform of Islamic Countries Culinary Societies (WICS).

At the opening of the event, Azerbaijani dances were demonstrated. The dancers were dressed in colorful national costumes provided by the Azerbaijan Heydar Aliyev Culture Center at the Embassy of Azerbaijan in Uzbekistan.

In the competition, Azerbaijan was represented by talented cooks – Saltanat Hasanova and Seymour Javadov.

According to the results of the championship in the individual category, Saltanat Hasanova won a gold medal in the class of fish dishes and silver in the class of vegetarian dishes.

In the team category, Saltanat Hasanova and Seymour Javadov took first place in the Black Box class, winning the championship cup and a gold medal.

Along with this, the international commission for verifying product compliance with the norms and requirements of the Halal WICS standard conducted an inspection at the Golden Corn factory.

The commission got acquainted with the production conditions at the plant, and took samples of products for research in the laboratory.