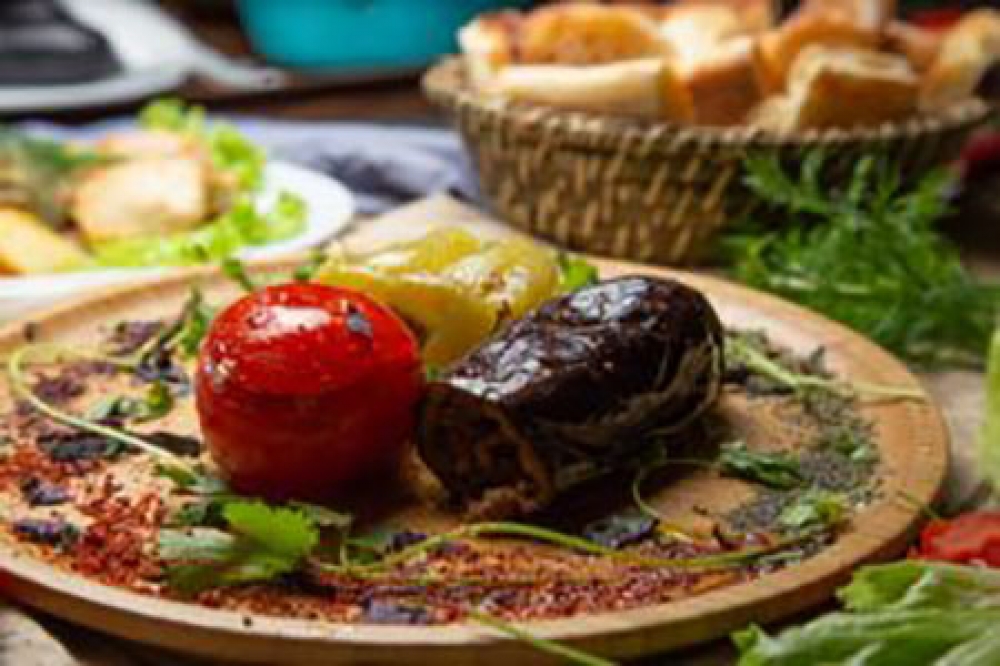 Azerbaijan food is one of the oldest, richest, and most delicious cuisines in the world. “Azerbaijani cuisine” is not only the dishes, the methods of their preparation, but also a key part of material culture.

Of course, the most important factor influencing the creation and development of Azerbaijan food is the climate. In this regard, this is a luck of our country that 8 climatic zones pass through the territory of the Republic of Azerbaijan, which in turn determines the diversity and richness of flora and fauna of this region, creates favorable conditions for the life and development of all animals and plants. These are the main bases for creating a rich cuisine. The following dishes belong to the list of the most popular and delicious Azerbaijani dishes for local and foreign guests:

Plov has a special place among the national dishes of Azerbaijan and is prepared on all special days, holidays. That is why the plov is considered the king of Azerbaijan cuisine. There are about 50 types of plov, and there are differences in the form of preparation depending on the region. Plov ingredients consist of long rice, meat, onion, dried fruits, chestnut and etc. Despite the plov seems difficult to prepare but in reality, it is not so difficult. The secret of tasty plov contains the preparation of rice, as it takes much time to bring the rice into good condition.

Kebab is an integral part of Caucasian cuisine and is considered one of the most delicious dishes in all Caucasian countries. Kebab can be made from beef, lamb, chicken, veal, and is stored in a special sauce for several hours before cooking and after it is cooked on the fire. You can also make kebab from vegetables like tomato, pepper, eggplant, and potato. In Azerbaijan, there are such types of kebab as “tike kebab”, ”lule kebab”, “dana bastirma”, “antrikot kebab” and etc.

Despite the Azerbaijani men don’t have a significant role in kitchen but when it comes to preparation of kebab, the men take it very seriously and make this dish by themselves.

Among the Azerbaijani food that local people cook on a daily basis, one of the most delicious is “yarpaq dolmasi” (grape leaf dolma). The food contains minced beef, round rice, herbs, various spices, and grape leaves. As this dish contains many oil people usually use yogurt beside it. If you visit the country you should definitely try this dish.

In terms of composition this dish is close to the “yarpaq dolmasi”, and only chestnuts are added extra, which makes this dish even more delicious and unique. In “kalam dolmasi”, unlike leaf dolma, the ingredients in the dish are wrapped in cabbage peel, and depending on the region the size of this dolma can be bigger or smaller.

If you ask the most delicious summer dish in Azerbaijan, definitely the answer will be eggplant, pepper, and tomato dolma. This dish includes eggplant, peppers, tomatoes, ground beef, herbs, onions, and various spices. Firstly minced beef, herbs, onions, and various spices are mixed and put inside the boiled tomato, eggplant, and pepper. In the end, you can put them on the pan and fry it and your delicious food is ready.

This dish is one of the oldest and tastiest dishes of Azerbaijani cuisine and can be served as both a main and a side dish. This dish, which is especially popular among the population of Baku, is a juicy dish and contains ground beef, potatoes, beef, peas, etc. In the past, all people used to serve this dish at the wedding parties. But now, unfortunately, you can see this tradition only at wedding parties in small towns.

Lavangi is one of the most popular Azerbaijan food and belongs especially to the southern part of the country, Lankaran city. As the Lankaran located beside the sea, people used to prepare this food from the fishes, and then they started to make it also from chicken. The word lavangi means “stuffed inside”. Lavangi consists of walnut kernels, onion, lavash, salt, and pepper.

One of the most delicious and special dishes, sajichi is made from meat, chicken, and various vegetables. All the meat and vegetables are cooked together in a large “saj”, and all the ingredients are served hot in the “saj” after cooking. When you order this food at the restaurant 1 portion of it can cover at least 3-4 persons, and recommended to try in case you are a group of travelers.

Qutab is one of the most famous dishes in Azerbaijan. Similar in shape to a quesadilla, qutab is made with paper-thin dough, stuffed with a variety of ingredients, folded, and usually baked in saj, a traditional Azerbaijani frying pan. You can consider qutab also as a local fast-food which can be prepared very quickly and actually healthier than other fast foods. Qutab also is good choice for vegetarians, because it consists of herbs, cheese, and dough.

Three of the most common fillings are meat (lamb being the national favorite), a mixture of green vegetables, and squash. Most commonly it is consumed in between meals, as a nutritious snack. Before qutab is served, it is usually cut into smaller triangles and garnished with sumac, parsley, pomegranate seeds, or chopped walnuts. Traditionally, a glass of yogurt is served alongside this Azerbaijani delicacy.

Jiz-Biz is a traditional Azerbaijani dish of fried sheep’s kidneys, liver, heart, and lung. This is a tasty and nutritious meal and potatoes are an optional extra in Jiz-Biz and a relatively recent addition to the dish. If you want to try something different and local taste you should definitely taste this dish. 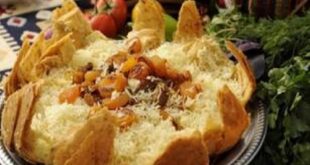 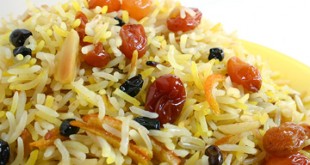 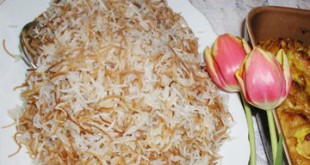