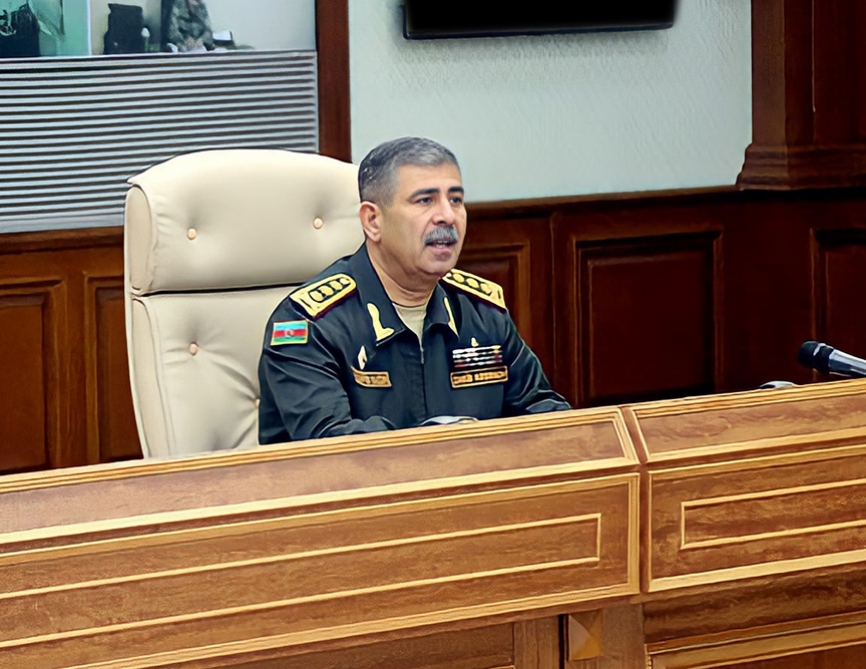 Detailed information was given on the work carried out to further improve the service and living conditions of servicemen, as well as their moral and psychological condition which is done as a result of the attention and care of the state administration.

The meeting analyzed the current situation on the state border and the territory of the Republic of Azerbaijan, where the Russian peacekeeping forces are temporarily deployed.

The Minister gave relevant instructions to pay special attention to the training of troops of the Azerbaijan Army, maintaining a high level of combat readiness and vigilance of military personnel, informing them about safety rules and strict control over their observance, clarifying combat plans, as well as logistics.

During the conference, the importance of organizing troops’ service, clearing the area from mines and unexploded ordnance, creating military infrastructure, laying mountain roads, and keeping them in constant working condition in the liberated territories was underlined.

Taking into account the winter season, Colonel General Zakir Hasanov gave relevant instructions to pay attention to the activities of the units, especially the timely delivery of the necessary resources to the units serving in mountainous terrain,” the ministry said.